Liverpool have a very intense run of matches this January, with massive Premier League matches with Arsenal and Manchester United combining with two League Cup semi-final legs and an FA Cup 3rd round tie with Exeter.

It’s this match, set to take place on Friday, that gives Jurgen Klopp the best opportunity to rotate.

The Grecians are 16th in League Two and we should have enough firepower to defeat them regardless of what XI we put out.

Adam Bogdan had a nightmare against Watford during his last outing, but has been solid in the League Cup so far and could be given another chance to prove he is a capable backup stopper.

Nathaniel Clyne and Alberto Moreno have been used more than any other outfield player under Klopp, and considering the work-rate required of modern fullbacks, this match gives Klopp a chance to take them out of the firing line. Connor Randall and Brad Smith, who impressed during his Upton Park cameo, are obvious options to come in. Jose Enrique is unlikely to ever play for Liverpool again and Jon Flanagan is still making his slow return from an 18 month injury.

At centre-half, Dejan Lovren deserves a rest and Martin Skrtel is crocked – meaning Kolo Toure could partner Mamadou Sakho – who is badly lacking match sharpness since his return from injury. The Exeter will hopefully give him another opportunity to tune up. Tiago Ilori is back from loan, but if he couldn’t get a single minute for the worst team in the Premier League, it’s proving pretty obvious that he was just never worth the money we paid him in the first place – precisely why Brendan Rodgers never gave him any minutes either.

Joe Allen hasn’t had much of a look in since the Newcastle nightmare and is a natural choice for central midfield. We’re going to pair with him Cameron Brannagan, a regular on Klopp’s bench. This will enable Emre Can a well-earned rest, while James Milner and Jordan Henderson could do with missing the likely feisty tie after recent injuries. Lucas could also start, but the match seems a good opportunity for Brannagan.

Out wide, Ryan Kent should start. The 19-year-old’s been recalled from a loan spell at Coventry with the specific aim of integrating him into the first-team squad, so the Exeter tie seems a perfect opportunity to blood him.

Joao Teixeira definitely deserves an opportunity, while Jordon Ibe needs minutes to develop his undeniable talent as well. These two should make up the attacking midfield.

This will allow Coutinho, Roberto Firmino and Adam Lallana a rest.

Up top, Christian Benteke is the obvious choice. Danny Ings and Divock Origi are injured, while Klopp would prefer to bring Daniel Sturridge back slowly and maximise the Englishman’s time on the training pitch.

The Belgian forward will be needed a lot this January due to injuries, but he needs to step it up. His outing at West Ham was awful, but we spent £32.5m on him and need to give him the chance to adapt to Klopp’s style. Only minutes will help.

So here’s how we’d like Liverpool to line up… Thoughts? 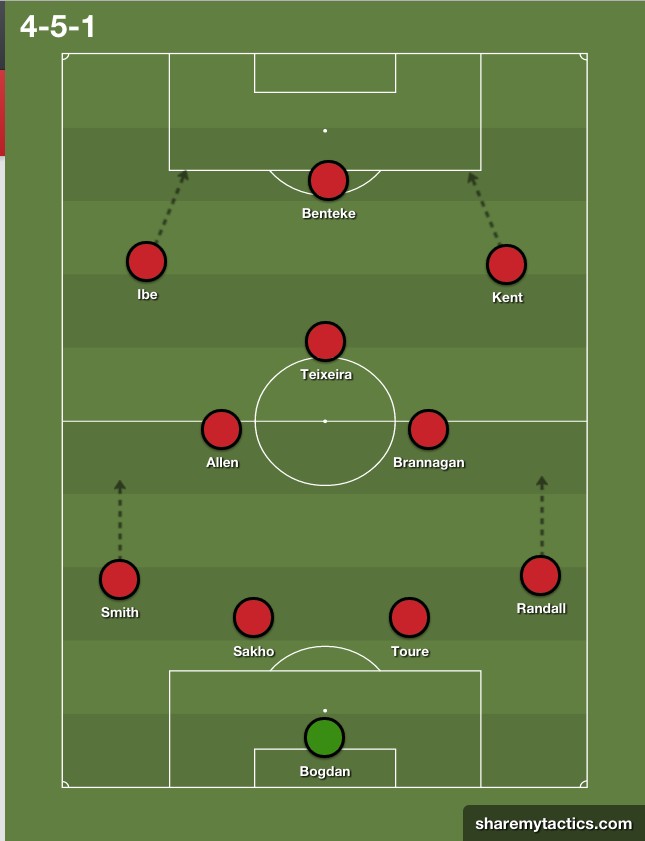 Football News 24/7
Harvey Elliott joins ex-Red with ‘BILLI GOAT CLUB NFT’ and both share images on their Instagram accounts
March 25, 2022 12:55
Messi hasn’t been to a European final as recently as surprise Liverpool star plying his trade in the Championship, notes statician
March 10, 2022 7:25
Looking back at some of Liverpool’s most expensive transfers up to 2020
March 2, 2022 9:20
Jordon Ibe’s comeback is edging closer as he begins training in Turkey
February 24, 2022 13:24
Jordon Ibe gets a much needed career reboot as he secures a move to Turkey and finds his first club in two years
January 18, 2022 19:50
Sell-on clause boost if Ryan Kent follows Steven Gerrard from Rangers to Aston Villa in latest transfer rumour
November 14, 2021 14:50
Kolo Toure makes Liverpool 2013/14 season claim, comparing Klopp with former Reds boss
April 3, 2021 19:32
Jordon Ibe apologises to fans for being ‘in a dark place, due to suffering with depression’
January 22, 2021 9:38
Wayne Rooney confirms off-field disciplinary issue with ex-LFC ace Jordon Ibe
December 30, 2020 12:27
Klopp sends support to Mamadou Sakho: ‘Mama did nothing wrong. It was a massive blow’
November 7, 2020 15:47