According to our former captain Steven Gerrard, Lionel Messi is the greatest footballer of all time.

The LA Galaxy midfielder made the claim on Instagram after the Argentine collected the Ballon d’Or for the fifth time last night – more than anybody else in history.

Michel Platini, Cristiano Ronaldo and Johan Cruyff have picked up the gong on three occasions apiece, but that now pales into comparison to Messi’s five.

“The best ever? I think so,” Gerrard said on Barcelona’s mesmeric attacker – who at 28-years-old – could go on to win plenty more. 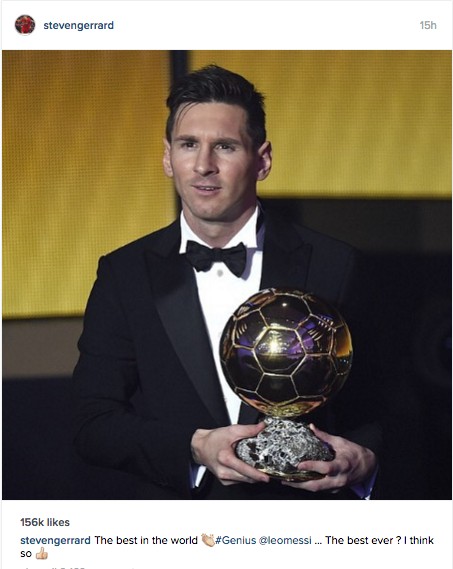 Diego Maradona and Pele were never eligible for the award because it was only available to European players during their careers, but you’d have to say that if Messi ever wins a World Cup like his fellow South American legends – there’d be little debate as to who is the greatest ever.

In 2005, Ronaldinho won the Ballon d’Or, with Gerrard voted in third. We can’t argue with the Brazilian’s brilliance during that period, but think Gerrard’s Champions League final exploits should’ve perhaps have seen him pip the skilful attacker. 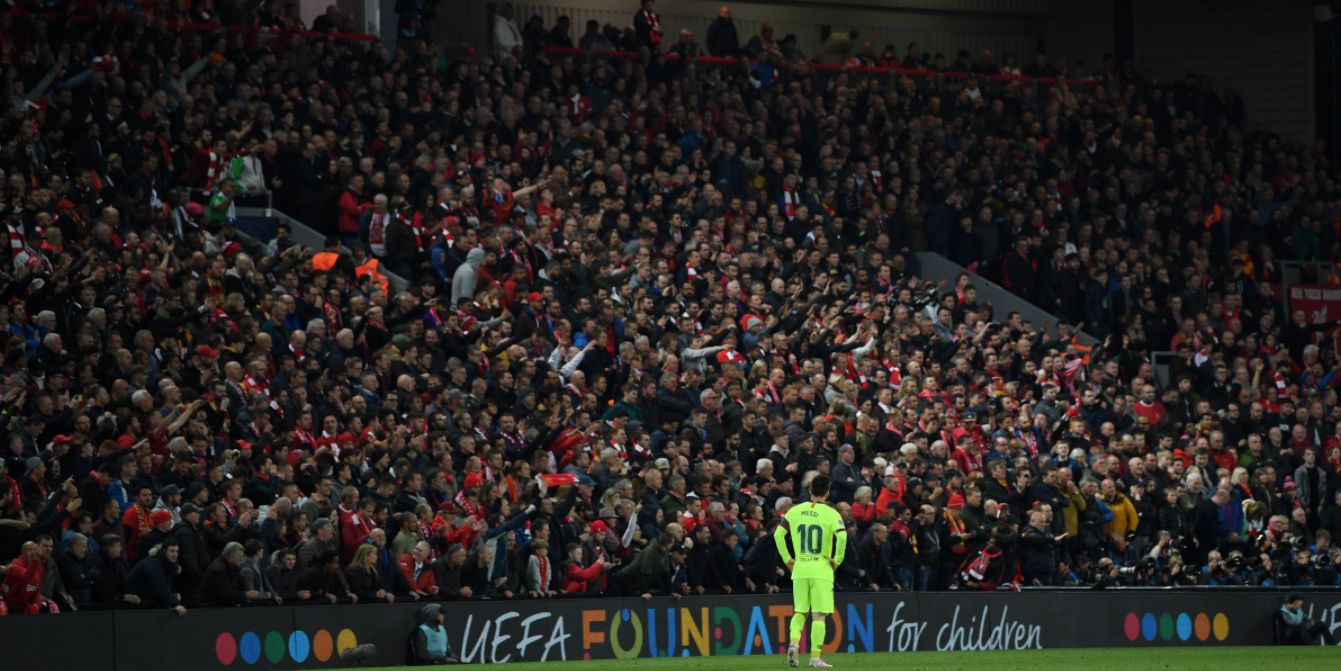