The only person more surprised by Liverpool’s deal for Steven Caulker was perhaps the player himself!

Just two days ago, the first news of us being linked to the QPR owned centre-back broke, and he was confirmed as ours on Tuesday afternoon. What’s more, the club sorted his Premier League clearance which meant he was available to make a debut last night against Arsenal!

And in the dying minutes, he did just that – coming on as a striker! He won a few headers and saw his new side snatch a dramatic late equaliser.

Today, Caulker shared an image of him celebrating with his Liverpool team-mates, along with a hilarious caption.

“I think on Saturday morning I would have had shorter odds to win the lotto than to be making Liverpool debut UPFRONT 4 days later lol! What an honour,” the English defender said.

No fan was especially inspired by Caulker’s arrival, but if he knuckles down, gives his everything and provides us a proper aerial defensive presence – we’ll grow to love him – largely due to the odd circumstances of his capture.

Liverpool have never loaned a played from the lower divisions. Let’s hope Caulker continues as a good omen! 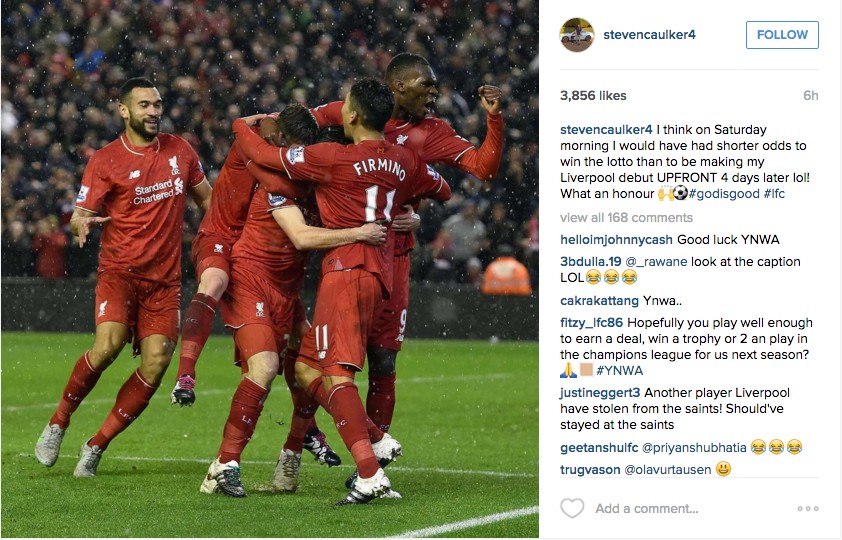