Due to the extraordinary nature of Liverpool’s 3-3 draw with Arsenal on Wednesday evening, nobody was speaking about the keeper we decided to use on the bench – but it was actually a telling decision from Jurgen Klopp.

Instead of Simon Mignolet’s regular backup Adam Bogdan, Danny Ward, recently recalled from a loan spell at Aberdeen, was chosen.

The decision was almost definitely based on Bogdan’s recent performances. Against Watford before Christmas he committed a blunder which certainly aided our defeat and in the FA Cup v Exeter he conceded a goal from a corner.

He’s been the victim of much online scorn since, but the fact he was dropped from the match-day squad will have hit him harder.

Taking to Instagram, Bogdan posted a picture of himself clenching his fist, along with the caption: “It’s the hardest period of my career but I have to fight! Thanks for your support and thank you for behind behind me! It means a lot!”

Sadly for Bogdan, with Ward now available, we can’t imagine he’ll get too many more chances.

SEE MORE:
Roberto Firmino: “I know how big the United derby is for the fans”
Liverpool had approach for Real Madrid starlet rejected (Marca) 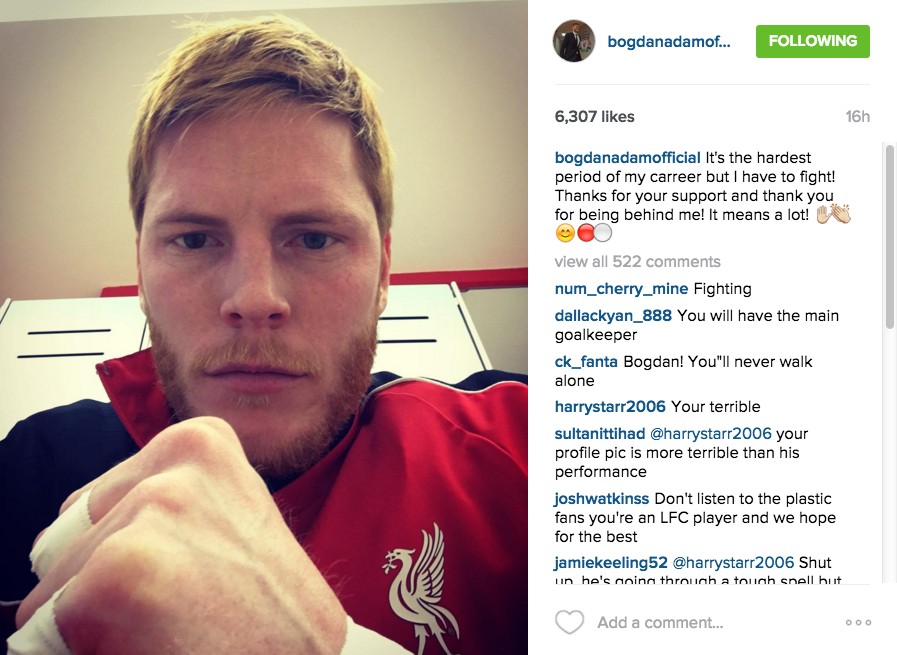