Injured centre-back Dejan Lovren took to Instagram today to salute the sunny weather in Liverpool, but also to show that he knows the score when it comes to the newspaper of a similar name…

His hashtag #sundoesntexistinliverpool is an obvious pun on the weather and the fact that rag isn’t sold in our city.

It’s another sign that the Croatian is eventually integrating himself into our club and culture following his dodgy debut Premier League season.

Lovren won Liverpool’s December Player of the Month award, and with our current defensive issues, it’s essential that he returns to fitness and gets in the side. 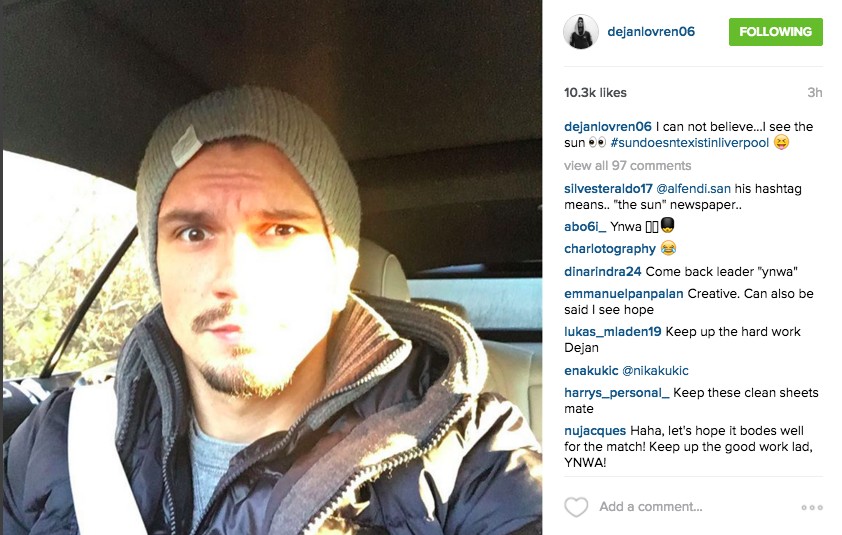