Has a player ever publicly pined after a move to Liverpool as much as Alex Teixeira is?!

The Brazilian has spoken to the press of his desire to move, liked multiple photoshopped Instagram pictures of himself in Liverpool kit alongside compatriots Coutinho and Roberto Firmino and now told a Reds supporter of his desire to switch!

SEE MORE:
Explained: Why Shakhtar are demanding such high fee for Alex Teixeira

This picture was taken in Florida, where Shakhtar are currently taking part in a friendly competition.

According to the claim, Teixeira said he wants to join Liverpool because the level of coaching in Ukraine isn’t up to scratch – which under Jurgen Klopp on Merseyside – he hopes it apparently would be. 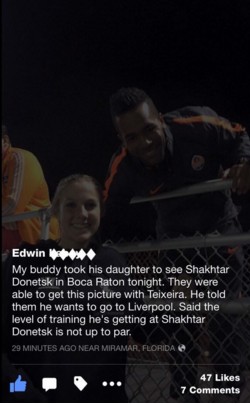 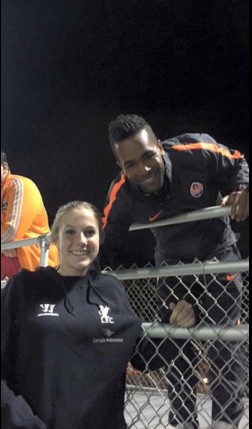 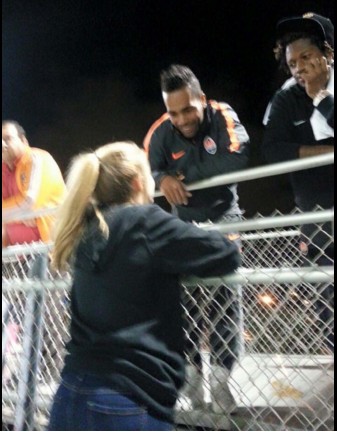 We think it’s fantastic that the Brazilian wants to move to Liverpool so badly. It’s a promising sign, and shows that providing the clubs can agree a fee, the transfer will be a formality.

Shakhtar want a fee close to £35m, Sky Sports reckon, and Liverpool have not yet indicated they’re willing to pay that kind of sum however.

Hopefully we can haggle them down before the end of the month, as Teixeira could totally rejuvenate our attack in the second half of the season.