Our problems at the back have been publicised time and time again this season, and it seems every match there’s more evidence of our defensive frailties.

Simon Mignolet has failed to install confidence in the back-four, Dejan Lovren, Mamadou Sakho and Martin Skrtel have all picked up injuries – while questions have been raised of the fullbacks Nathaniel Clyne and Alberto Moreno.

However, this January transfer window we’ve only brought in Steven Caulker – who’s been ineligible to play in the cup games so far and has only appeared for a few minutes off the bench in the league.

“When Liverpool evaluate at the end of the season and look at the sort of goals they conceded, I wouldn’t be averse to see them looking towards Shawcross as a solution,” Thompson said.

“In fact I think he would be absolutely ideal and he’s been one of the most underrated centre-backs over the last five seasons. You just have to look at Stoke’s stats with and without him.”

Shawcross, the 28-year-old Englishman, is an old-fashioned centre-half who takes pride, first and foremost, in keeping clean-sheets and getting the ball away from his area. It’s often not pretty, but he’s feisty, no-nonsense and actually would inject some steel into our leaky back-line right now.

We’d certainly take him from now until the end of the season, but in the summer – we hope we’d target a centre-back of higher pedigree.

Shawcross is out for Stoke tonight, which will benefit us in the second leg of the League Cup semi, as the BBC confirm that he’s out for a month. 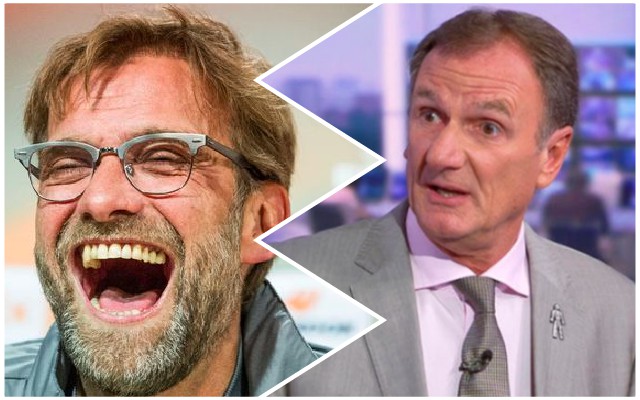