Our former skipper proved that the Reds are never far from his mind by settling down to watch a fourth-round tie against an opponent who witnessed Gerrard’s heroics first hand.

One of the 35-year-old’s best moments in a Liverpool shirt came against the Hammers in the 2006 FA Cup final, in which he scored twice including a superb stoppage-time equaliser.

Yesterday’s stalemate could not provide the same entertainment for Gerrard and Keane, who will have less fond memories of his six months on Merseyside, but remains a Reds fan.

Gerrard uploaded a picture of the two one-time Anfield teammates scouting the next generation of Liverpool talent – Jurgen Klopp named a young side – to his official Instagram account. 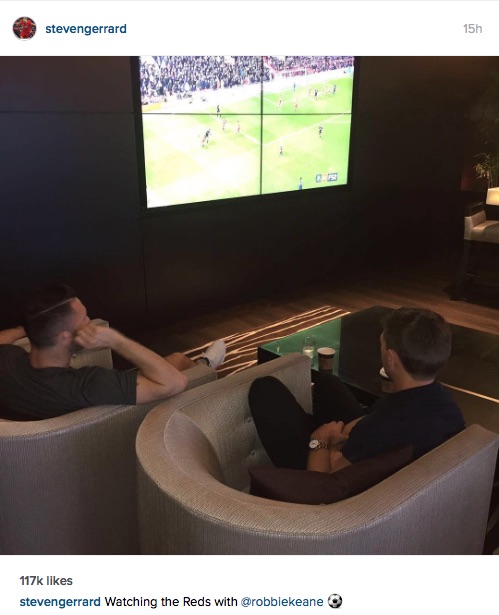 Cameron Brannagan and Kevin Stewart may have been the players to catch Gerrard’s eye in a draw which set up a tricky replay at Upton Park next month. You can bet Gerrard will be watching again.