Liverpool supporters group Spion Kop 1906 are in the midst of organising a 77th minute walkout ahead of our home game against Sunderland at the weekend.

According to the Echo, large parts of the Kop are expected to leave the ground early after it was revealed this week that some tickets in the redeveloped Main Stand will cost £77.

Our other main supporters group, the Spirit of Shankly, have given their complete backing to the move. Both groups were involved in discussions with the club during the last few months, and were furious at the announcement.

The Spion Kop 1906 vented their anger in a series of tweets:

Saturday is your chance to make your feelings known. Unhappy with the prices for next season? Then #WalkOutOn77 pic.twitter.com/KZQ29F2GKK

If the club want to charge up to £77 a ticket, make your feelings known and walk out on 77 minutes. #walkouton77

If you tolerate this, then your children will be next. #WalkOutOn77 pic.twitter.com/aOsuA6BgS5

The Spirit of Shankly, meanwhile, published this on their website (worth reading):

Do you agree with the move? Let us know in the comments. 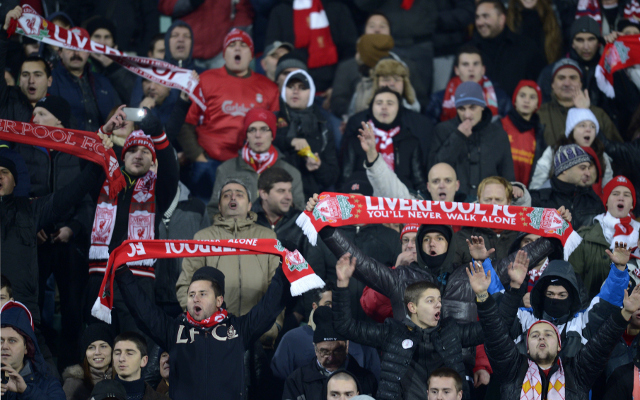 Private: Touting comes in many shapes and sizes