Daniel Sturridge took to Instagram today with a picture of himself looking mean, along with an angry emoji to boot!

There’s every chance it’s simply Sturridge laughing at a stern picture of himself – although he certainly got the rumour mill talking – as he’s taken any reference to Liverpool off his Instagram bio as well.

Last week a story broke in the Telegraph claiming the striker is unhappy and wants to leave in the summer because of the way we’ve publicly discussed his injuries in the media, although Jurgen Klopp dismissed them and selected him on the bench at the weekend.

In fact, Sturridge is set to make only his second start under the German tomorrow in the FA Cup.

Provided he stays fit, Sturridge is practically the first name on our team-sheet, and it’s imperative he maintains health – for our chances this season and the player’s chances of going to the Euros. 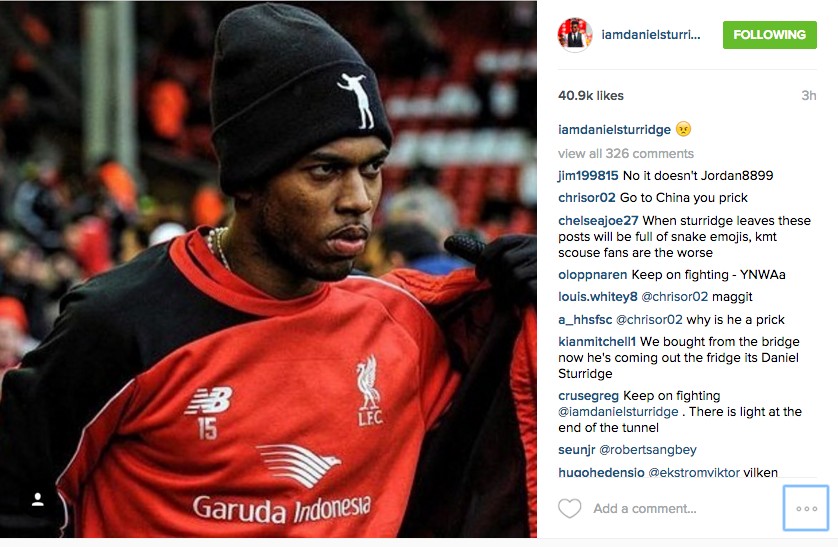