Liverpool fans feel a fondness to Steven Caulker, who was as surprised by his January loan move from QPR as we were!

He’s come off the bench as a striker on a few occasions, but been given very few chances in central defence, his natural position – despite the club playing a number of cup fixtures since his temporary arrival.

Last night, midfielder Lucas was used in defence with Kolo Toure on the bench, proving that when Martin Skrtel and Dejan Lovren return from injury – we’re unlikely to see Caulker again this term barring another injury crisis.

While his team-mates took to Instagram last night to salute the Europa League victory against Augsburg, Caulker chose to remind his followers of his England debut, which he now said seems “a very distant memory”.

The defender bagged a goal in this match, but hasn’t been used by his country since, with his stock falling dramatically.

“At least I will remain 1 of very few people with 100% goalscoring record,” he said, intimating he never thinks he’ll be capped again – pretty odd for a 24-year-old.

We’re unlikely to sign Caulker permanently in the summer with Joel Matip arriving on a free, but we hope he finds a club that gives him the chance to fulfil his potential. 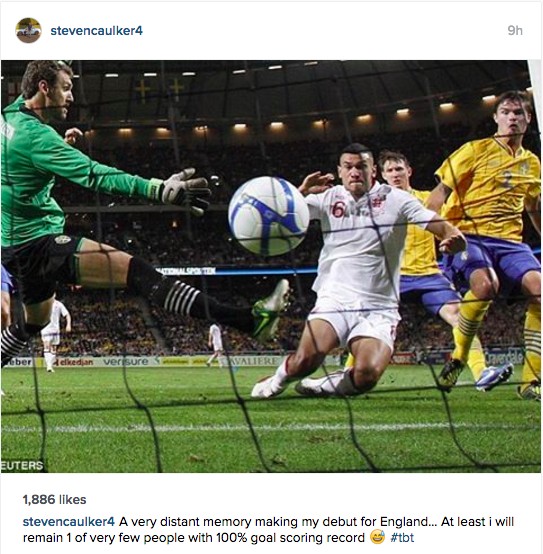