Roberto Firmino’s equaliser for Liverpool against Crystal Palace today was his eighth Premier League effort so far, making him our outright top-scorer in the competition this season.

It was also his seventh in his past eight games – lethal form that gives us an outside chance of finishing in the top four.

That’s some effort from the man branded by many as a flop after his slow start to the campaign.

The Brazilian’s also notched seven assists, making him as impressive creatively as he is in front of goal.

Steven Gerrard never got to play with the no.11 who signed in the summer Gerrard departed, but our former captain took time to praise Firmino’s contribution via Instagram today.

“Sublime first touch and a lovely finish,” Gerrard wrote alongside a picture of Firmino celebrating. 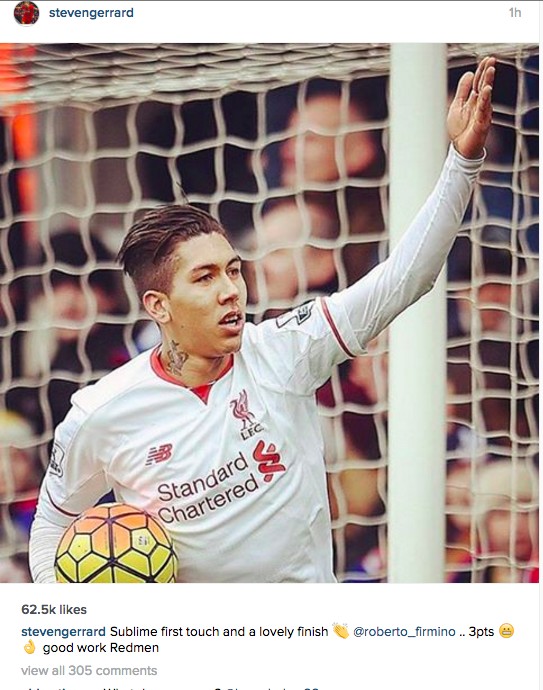