The Reds were reportedly very impressed with Gomez when a Barcelona youth side defeated a Liverpool one 4-3 in Abu Dhabi a few months ago, and have now approached him with a “blank cheque” in order to get a deal done.

According to the report Barcelona cannot offer Gomez such terms yet, a reason why countless youngsters from La Masia are poached by Premier League clubs. Cesc Fabregas, Hector Bellerin, Gerard Pique and even our own Sergi Canos to name but a few.

The idea of a “blank cheque” seems a little ludicrous for us, and we assume is only figurative to suggest we’re willing to offer him a tidy deal!

We’d never heard of Gomez until this story broke, and even if we were to conclude a deal for his services, wouldn’t see him anywhere near the first-team for quite some time.

Still, he’d join a plethora of exciting attacking youngsters at the club which includes Bobby Adekanye, Toni Gomes and Brooks Lennon to name but a few.

We’ll keep you updated should any further news of the potential transfer break! 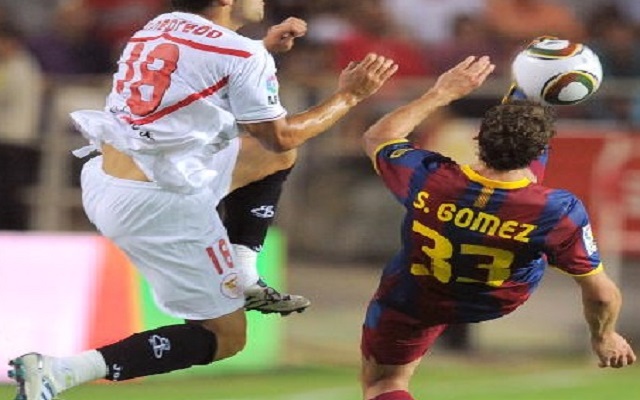