The Liverpool Echo are reporting that Bayern Munich star Mario Gotze is “on texting terms” with our boss, Jurgen Klopp.

We have long been linked with a move from Klopp – though it’s often been more tongue-in-cheek than based in reality.

The arrival of Klopp last October, however, put a fresh perspective on the situation; the German managed Gotze at Dortmund.

“We are texting now and again,” Gotze told ZDF TV. “He was my coach at Borussia Dortmund, but there is nothing special.” (via Echo).

“[My future] hinges on many factors. Everything else will show in the future.

“We are still in the current season but, sure, it’ll be important what the new coach thinks.”

Bayern’s sporting executive Matthias Sammer also refused to be drawn on the matter, merely saying “we will analyse the situation in the summer, we have to see what the player wants.”

Is the Gotze dream one step closer to reality, or is it still pie in the sky?! Let us know your thoughts below. 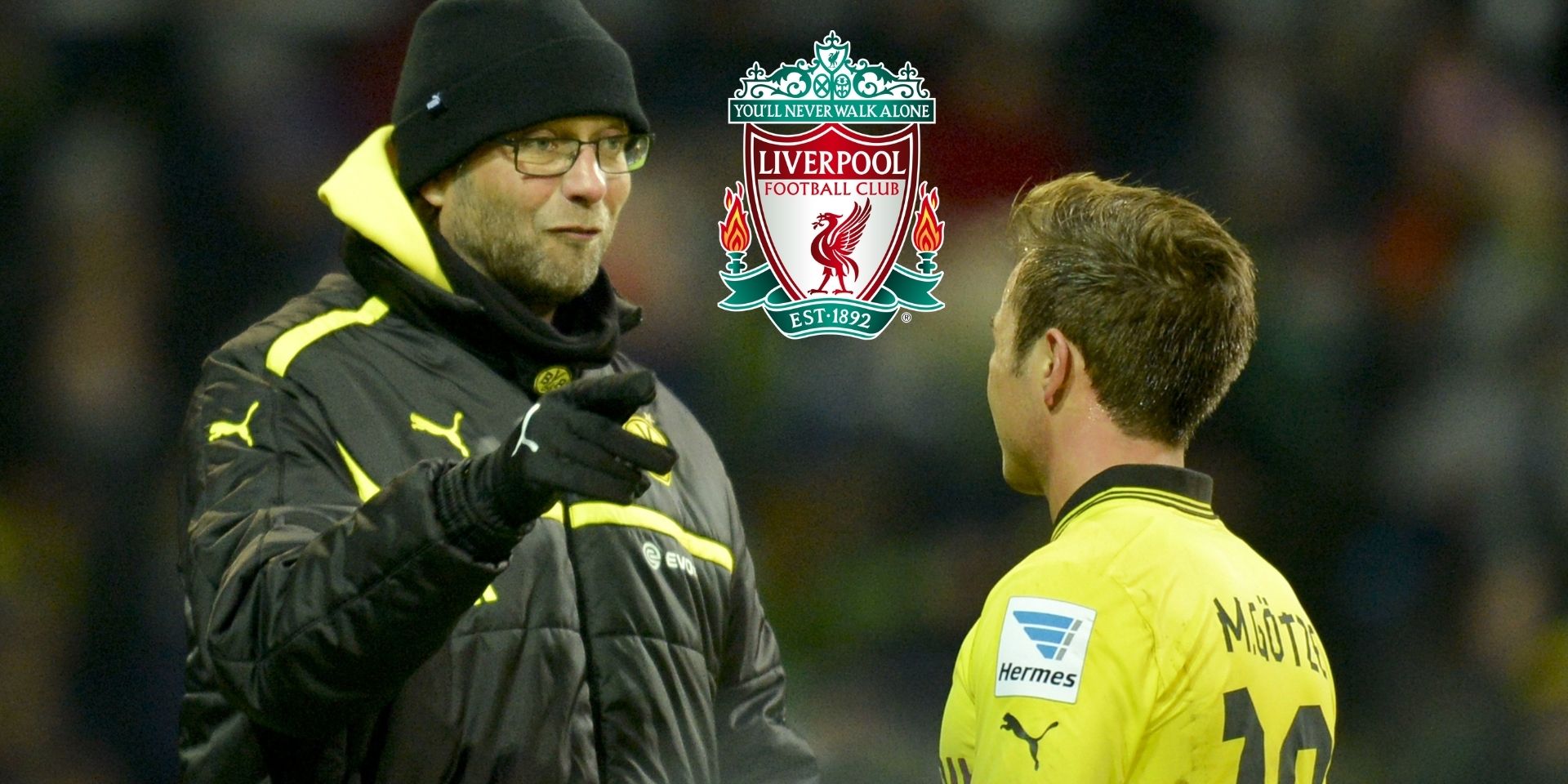