It’s fair to say that Mamadou Sakho turned in one of his best-ever performances in a Liverpool shirt at Old Trafford on Thursday night.

He was a man mountain at the back – we gave him a well-deserved 9/10 in our post-match player ratings. We lost count of the amount of times he won a vital header, made a crucial inception, or whisked the ball away from the feet of an on-rushing Man Utd attacker.

If watching his performance with your own eyes wasn’t enough to convince you of his quality – allow us to present his Tweet from Squawka Football:

Then check out this awesome graphic that compares some of his key stats to fellow Premier League defenders Chris Smalling, Laurent Koscielny, Toby Alderweireld.

We are sure you’ll agree that he stacks up very favourably! 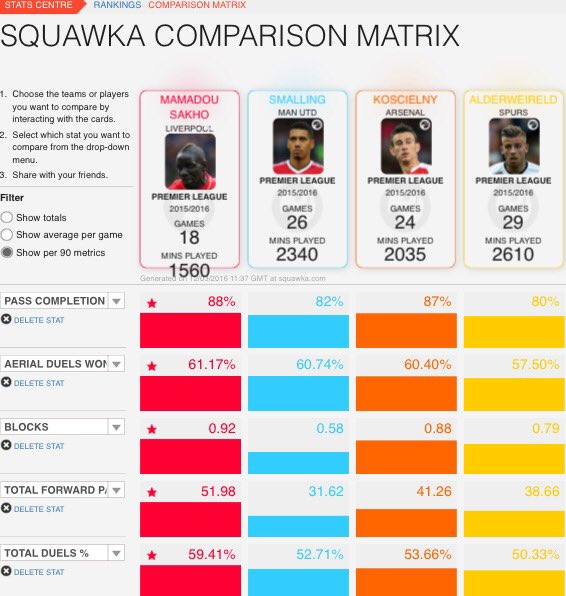