It was highly disappointing, if somewhat unsurprising, to learn that there had been fights between our fans and United’s fans at Old Trafford on Thursday night.

According to the BBC, punches were thrown and seats were ripped out, with the police being forced to create a “human wall” to protect Liverpool fans who were sat amongst the home support. Five men were ultimately arrested – four Liverpool fans and one United supporter.

UEFA have now charged both clubs with a litany of offences (via Guardian), and the club has promised to step in.

A Liverpool FC spokesperson said: “We take these matters seriously and can confirm that we have received a letter from UEFA relating to infringements at last night’s match which we will be reviewing.

“We will address the issues with UEFA and Manchester United and make any relevant representation as part of the process.” (via Echo).

In the grand scheme of things, none of the incidents were too serious, both clubs will probably get away with nothing more than a fine and a slap on the wrist.

That doesn’t make it okay, however. Those involved – from both sides – need to hang their heads in shame. 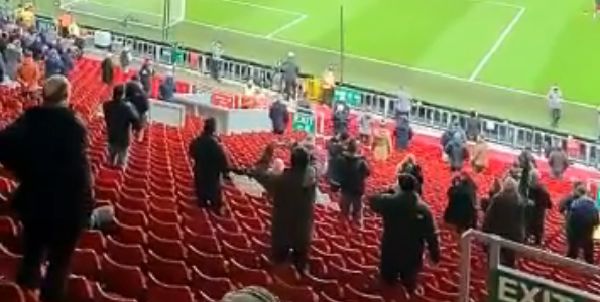 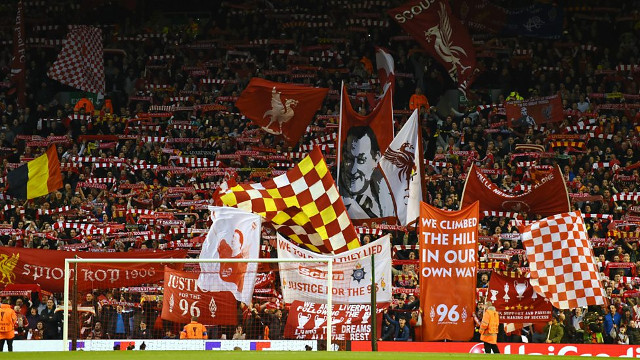 Liverpool fans named ‘most arrogant’ in the Premier League – report