For those still stewing over the 3-2 defeat to Southampton from the weekend, this will cheer you up.

Yesterday, we spotted on Reddit that Joe Allen was bizarrely on the front of the Spring 2016 edition of Chicken & Egg magazine, and found it so bizarre, we could only assume it was real! It went down pretty well on Facebook, so we did a bit more digging to try and find why Allen’s poultry’s new cover boy!

It turns out Allen and his girlfriend Lacey re-home commercial chickens and give them a happy end to their lives. He has 14 in total – two roosters and 12 hens!

And via the Mirror, we’ve got hold of his interview!

“Lacey was behind the decision,” our Welsh midfielder began.

“We both have an interest in animal welfare but she came up with the idea to save hens and I agreed it was something that would be great to do.

“I’d be lying if I said I did the cleaning… as soon as it’s time to clean the coops I disappear! Unlucky Lacey!”

Kiev? Nugget? Silkie Steve…? Is this the best thing you’ve ever read in your life?!

Isn’t this great? When you see Cristiano Ronaldo, lathered up and starkers on the front of GQ we let out a little sigh, and although we’re sure the female population would much prefer Allen to do something similar – his appearance on Chicken & Egg restored some of our faith in professional footballers!

Here’s a snap of a younger Allen with one of his hens back in the day. Give the man a new contract on this basis alone. 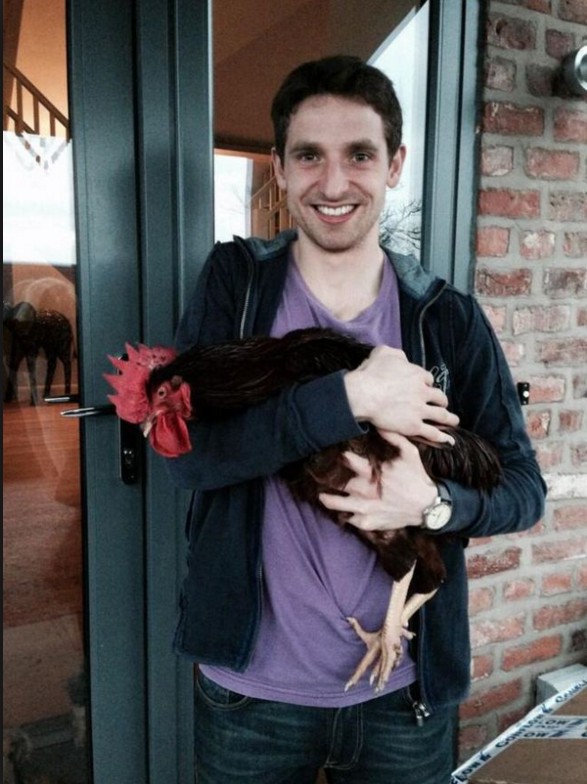