Many have been speculating what our manager said to Spurs’ star striker after the game, after Klopp beelined for the 22-year-old, embraced him and had a word in his ear come the final whistle.

According to Kane though, Klopp only wanted to praise him for his second-half equaliser.

“He just said three words: what a strike,” Kane told the Independent. “If I’d scored another, he might not have done that!”

“From midfield you have to defend from both sides because between Dejan [Lovren] and the ball was the big body of Harry Kane. He is a really nice striker and scored a goal,” the German concluded.

We have to hand it to Kane. He was not an especially highly lauded youngster, and had multiple uninspiring loan spells down the leagues. Since around Autumn last season though there’s been no stopping him, and be’s broken the 20-goal barrier in the Premier League in consecutive seasons. Not only can he finish, but he works tirelessly, makes clever runs and links up well with his attacking midfielders.

In truth, all young English players should look to Kane as an example.

Hopefully he does it for England this summer at the Euros, as he’s currently way ahead of Daniel Sturridge in the pecking order. 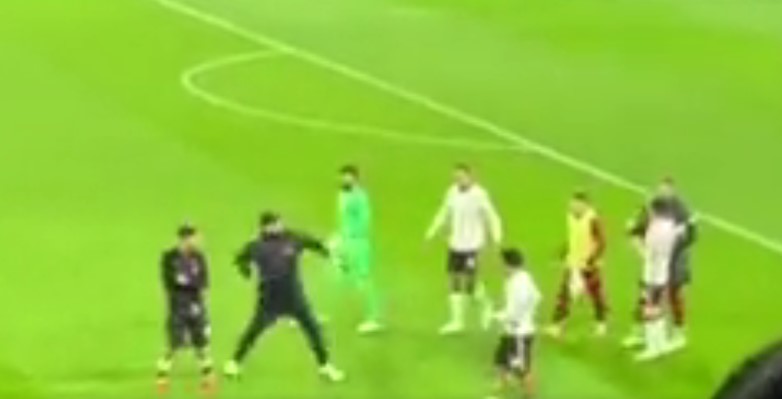