Borussia Dortmund’s CEO Hans-Joachim Watzke has said he is looking forward to a great clash between two giants of the modern game when we travel to Germany for our Europa League quarter-final on Thursday night.

“Whoever will win over the two legs has a huge chance to make it to Basel,” he said.

“Liverpool will give everything in these two games, because it is the only realistic chance for them to still make it to the Champions League,” Watzke said. “Liverpool will not do us the favour of resting any of their players.”

Dortmund thrashed Spurs 5-1 in the last-16, though Pochettino decided to rest several of Spurs’ first team players as he opted to focus on their Premier League title bid.

“We have to have a certain sharpness to our game,” continued Watzke. “This is a real challenge and not hugs all round. You don’t win games like that.”

“They will be two special games, because both teams are great, because they both represent pure footballing history.” (via Echo).

Dortmund go into the match in fine form. They’haven’t lost since mid-December and have won 18 of their last 20 games.

Check out their form in the image below (via Soccerway): 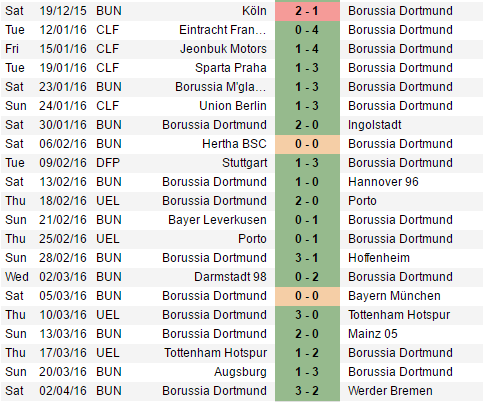 Can we overcome them? Let us know in the comments below…

Erling Haaland backed to sign for Liverpool by Michael Rummenigge

Exclusive: Only Liverpool and Dortmund left in £27m transfer chase