Dortmund manager Thomas Tuchel has warned Klopp and the Liverpool fans that his team will pose an entirely different threat at Anfield – saying that his team are unconcerned by Divock Origi’s away goal.

In a lengthy pre-match interview, he claimed his players were “inhibited” by all the focus on Klopp’s homecoming in the first leg, but also acknowledged that in Origi and Sturridge we have “two strong strikers”.

“The team are very relaxed and calm. My players are more excited about this game than the previous rounds against Porto and Tottenham,” he said (via Echo).

“It feels different to the other rounds and it’s a good kind of pressure.

“In the first match there was a special situation with the back story of Jurgen coming home. A lot of the players were with him. Perhaps we were inhibited but the second leg will be different. We’re focused completely on playing football.”

The 42-year-old former Mainz boss says he is not worried about our away goal, as he is confident of his side’s ability to attack and score.

“I don’t care so much about [the previous] result,” he continued. “I don’t think it will be decisive. We can here to play our best. We know what a difficult match it can be.

“But if we can handle this challenge it will be a little milestone for us when we look back on this season.

Does his commitment to attack worry you, or are you confident in our players’ ability to exploit the resulting spaces? Let us know your thoughts in the comments…

Klopp reveals details of chat with Tuchel after Chelsea defeat: ‘He couldn’t understand’ 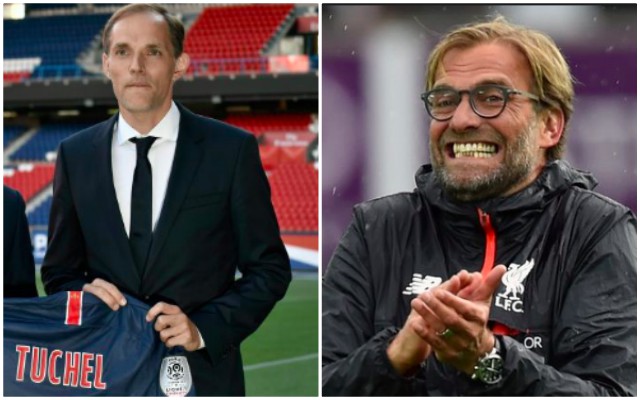