Liamie Marum presumably thought his phone was well and truly lost, and with Liverpool confirming a 4-3 win, he probably didn’t care too much either!

But lo and behold, a steward returned the phone to him (how he knew whose it was, we don’t know), and Marum took to Facebook to tell his story.

Amazingly, Mamadou Sakho had found the mobile on the pitch, took a snap (we’re not using the other word starting with ‘S’ you might be familiar with…) with Divock Origi, before returning it to the steward.

So when Marum checked to see if it had been used, he found this picture!

(Thanks to the Independent.) 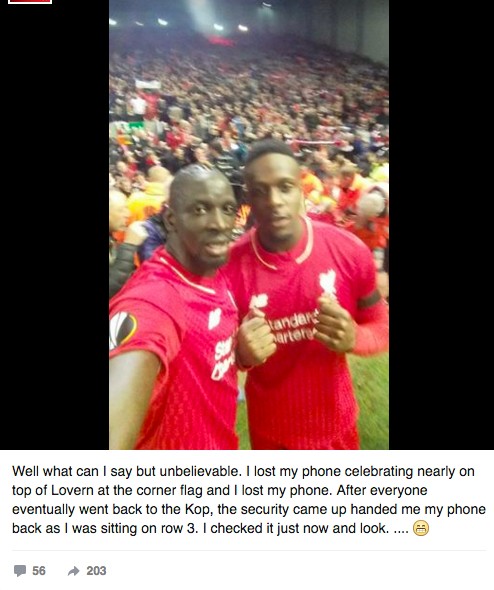 ‘Last season there was perhaps an element of greed’; Mo Salah now has ‘everyone back onside’, says ex-Man United star

Liverpool star in elite category of players occupied by the likes of Haaland & Lewandowski, says ex-Red