Jurgen Klopp is expected to make a host of changes to freshen things up for Liverpool’s Premier League trip to Bournemouth, after Thursday’s astonishing comeback against Borussia Dortmund.

There is an argument to maintain a similar team to the one which pulled off the midweek Anfield miracle in order to build momentum heading into our Europa League semi-final encounter with Villarreal.

But Thursday’s exploits would have been both mentally and physically exhausting, and rotation worked a treat after the first leg in Germany as we returned to England to spank Stoke City 4-1 last weekend.

In terms of injury news – Emre Can has joined Jordan Henderson on the sidelines after rupturing ankle ligaments and will be out for at least four weeks, according to BBC Sport. That is a massive blow. 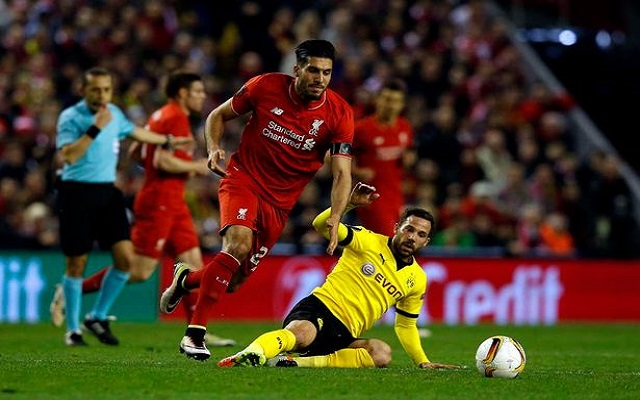 The German would have been suspended for this match anyway, serving the second match of his two-game suspension for 10 domestic bookings, but it will be after this Sunday when his absence is felt.

Central midfield will be an area to keep an eye on. Henderson and Can’s injuries mean that there is an opportunity for Joe Allen and Lucas Leiva to stake their claims for places in our European semi.

Kevin Stewart is not in the Europa League squad, but will benefit from more top-flight exposure after shining against Stoke, and the same can be said for Sheyi Ojo, who will surely feature in some capacity.

Klopp could go with both Roberto Firmino and Adam Lallana on the flanks, or only one of the senior duo with Ojo getting another chance on the left. Daniel Sturridge should come in for Divock Origi up top.

Goalkeeper Simon Mignolet could be one of only three players retained, alongside Nathaniel Clyne in the back five, with Kolo Toure and Martin Skrtel reuniting their partnership from the Stoke match.

Midweek heroes Mamadou Sakho and Dejan Lovren may be rested, and Alberto Moreno too with Brad Smith, 22, getting a full Premier League debut at left-back as reward for his progress this campaign. 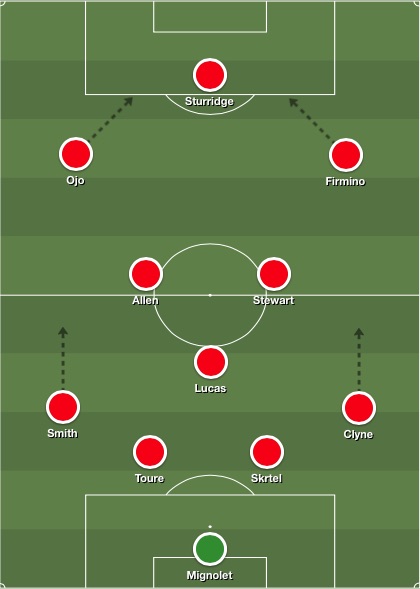 SEE ALSO:
This AWESOME video montage will help you relive the drama of Thursday’s events
(Image) Check out what Liverpool fan found on his phone after losing it at Anfield…
Reason no Liverpool players touch This Is Anfield sign brilliantly explained