With 41 attempts on goal, according to a Sky Sports infographic last night, Liverpool’s biggest failure in the Merseyside Derby was only scoring four times!

It’s no exaggeration to suggest Joel Robles, Everton’s keeper, was our rival’s best player by a country mile – which isn’t something you often say about a stopper who’s conceded four.

Liverpool ran riot last night night, and if Adam Lallana and Roberto Firmino had scored from one-on-one situations, the woodwork and then an unfair linesman decision hadn’t denied Daniel Sturridge, it would have been much messier!

The result, but more the performance might just have lost Everton manager Roberto Martinez his job.

He has an FA Cup semi-final to navigate at the weekend, which could finish him off if unsuccessful against United. 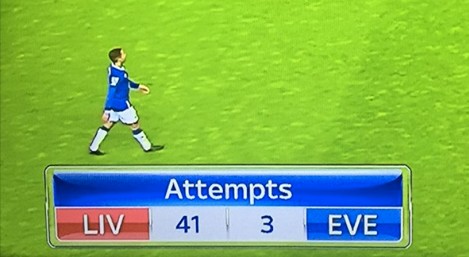