A picture of Jurgen Klopp’s shelf in his Melwood office is doing the rounds today, and it’s got Liverpool fans desperately trying to work out exactly what features!

We’ve done some digging and have compiled a list, which hilariously includes Klopp’s secret Santa gifts and a bottle of Vimto – as well as a number of telling book choices!

Can you add anything to the list which we’ve missed out?

– A box of miniature heroes

– The English Dictionary, a secret santa present from Nathaniel Clyne

– A bottle of Vimto

– A bottle of beer

-Medals from his time at Borussia Dortmund

-Book: In My Blood: I Was Born To Follow Liverpool Football Club 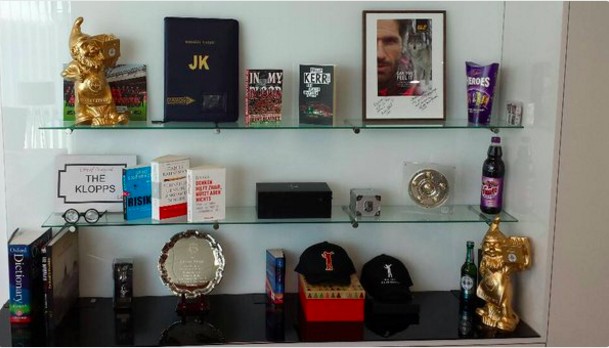