Heads up guys. It’s only halfway through the tie, and we showed more than enough in that 90 minutes to suggest we can cause Villarreal big problems at Anfield.

Even so, we know the result was disappointing. If you can bear to watch them, here are five clips that defined the game:

It was arguably the best chance of the night. Adam Lallana zipped in a low cross from the right which took deflection and found its way to the unmarked Joe Allen, but his first-time shot was straight at Villarreal ‘keeper Sergio Asenjo. A poor miss.

75 mins: Lallana offside Klopp has already criticised the call in his post-match interviews, and replays suggest he was right to. Joe Allen played a lovely ball over the ball and Lallana timed his run superbly, but the linesman’s flag went up.

83 mins: Mignolet’s save The warning signs were there, weren’t they? Ten minutes before their winner, Cedric Bakambu had the best chance of the night. Denis Suarez slipped the ball in behind our defence to catch them flat-footed, but Mignolet made the save of the night.

Why didn’t you square it for Ibe?!

Villarreal had a corner, but the ball broke for Alberto Moreno. A couple of neat touches sent him clear on the half-way, but he could only lash over the bar as the defender applied pressure.

92 mins: The goal The less said about this the better. Moreno went for a walkabout, Villarreal countered through Denis Suarez, and Adrian Lopez was left with a simple tap-in. 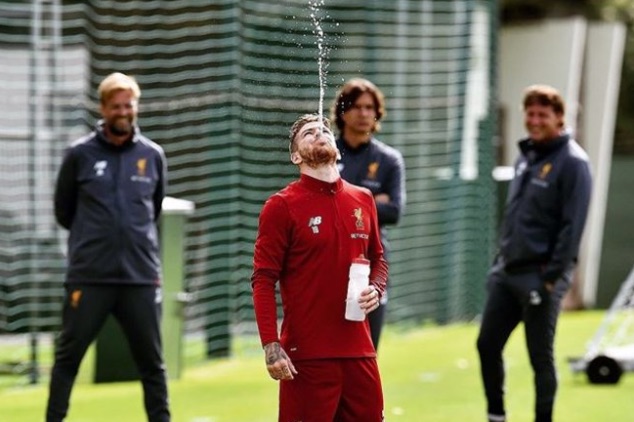