Daniel Sturridge has added to his personal wealth and brand by linking up with Hugo Boss for the fashion company’s latest aftershave launch.

The Liverpool striker, who’s got plenty of interests outside of the game, told his followers on Facebook the news yesterday.

Sturridge has his own range of baseball caps and a hot sauce named ‘Sturr Crazy’, and is keen on music – having met up with Hip Hop sensation Drake on more than one occasion during his time injured.

First and foremost of course, Sturridge is a superb striker, and we need him to show it tomorrow night versus Villarreal – our biggest match of the season.

Sturridge was dropped for the first leg, but surely will play from the offset on Thursday, with Liverpool trailing 1-0. 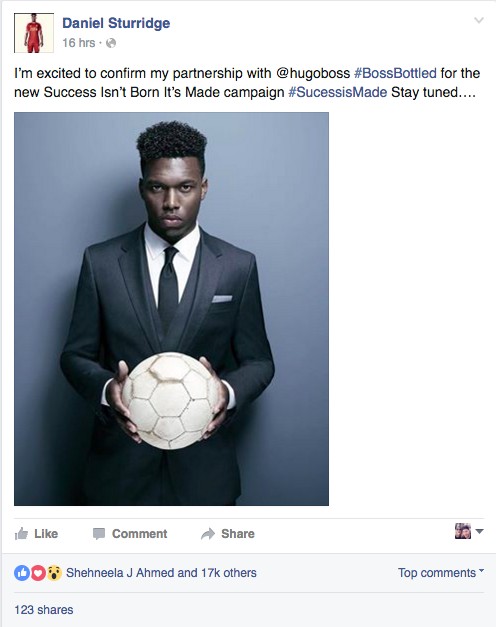