Emre Can has returned to full training and is in contention for a start against Villarreal on Thursday evening, and now Liverpool’s wonderkid defender Joe Gomez has indicated that he’s back training on the pitch after a lengthy injury absence.

Gomez uploaded this Instagram snap which shows he’s back in boots and out of the gym, along with a telling ‘⚽️’ emoji!

The teenager has yet to represent Jurgen Klopp after picking up a nasty ACL problem while away with England Under-21s on international duty – just as the German took charge back in October.

Six months of hard work on the sidelines and Gomez is nearing a return, although we doubt he’ll feature properly until pre-season – with nothing left to play for in the Premier League.

Next term, we’re sure he’ll have a huge role to play. Gomez is hugely talented and we can’t wait to see him develop under Klopp. 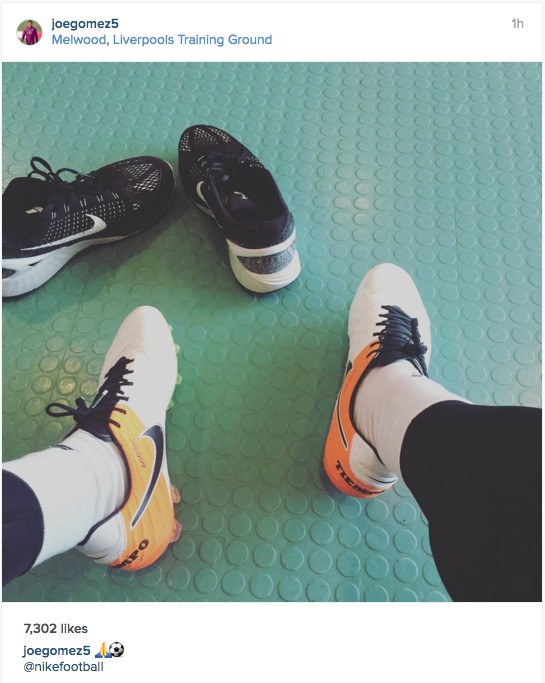