Marko Grujic has been given the perfect send-off as he won the Serbian Super Liga with Red Star Belgrade (via Soccerway).

His club’s 1-0 win away at Vozdovac was enough to clinch the title with two games remaining.

His club cantered to an easy win in the regular season, beating second-placed Partizan Belgrade by almost thirty points: 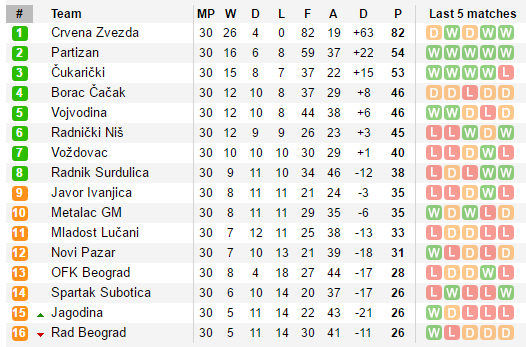 In the Championship round, Red Star were once again dominant, and cannot now be caught by Cukaricki:

Grujic has made 24 starts for the club, bagging five goals in the process. The title is his second for the Serbian giants – he also has a winners medal from the 2013/14 season. In 2014/15 they were the runners-up.