Thursday night’s match is the biggest of Liverpool’s season, but it’s difficult to think of Villarreal as enemies after their players all signed a giant Hillsborough banner, which they’ll leave in Liverpool as a mark of respect for the 96.

Last week, a jury found that the deaths of Liverpool fans who died at Hillsborough Stadium on April 15th 1989 were due to police mistakes, and our supporters were completely exonerated of blame.

In our celebrations, many of clubs have issued statements of solidarity and flew their own banners or motifs.

Villarreal displayed a banner during the first-leg, and are bringing it with them to Merseyside ahead of tomorrow’s fixture. 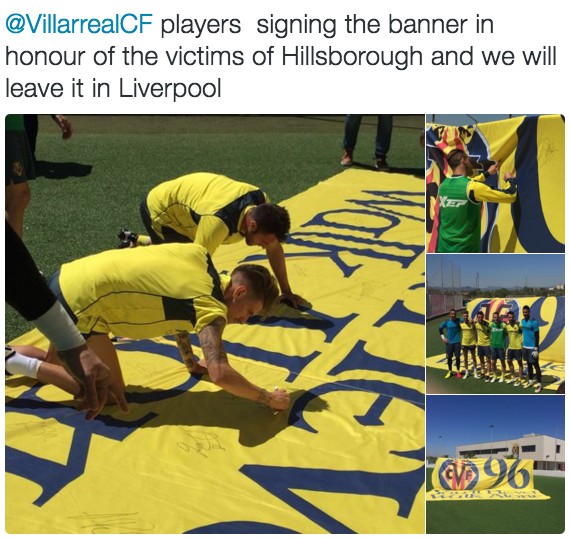