He claimed way before we appointed Jurgen Klopp as manager that FSG had main the German the no.1 target to replace Brendan Rodgers.

His article suggests that Jordon Ibe, who’s removed all connection with Liverpool from his social media profiles, is potentially leaving on summer (albeit on loan), and that there’ll be room in the squad for a right-sided attacking midfielder.

El Ghazi has 11 goals in Eridivisie this season for the title contenders, and has recently established himself as an automatic starter, having begun the campaign as a sub.

He’s quick and can dribble, and he’s a real asset aerially, especially at the far post when the ball is delivered in from the left. Defensively he’s weak, and in Premier League terms, we’d compare his style to Nacer Chadli of Tottenham, perhaps.

We still have high hopes for Ibe, who is only 20, but wouldn’t be averse to seeing him go on loan – perhaps to a mid-table Premier League club – where he can hone his skills.

El Ghazi is a talent too, but reckon we should be targeting players who will automatically improve the starting XI this summer – such as Javier Pastore and Mario Gotze – rather than youngsters. 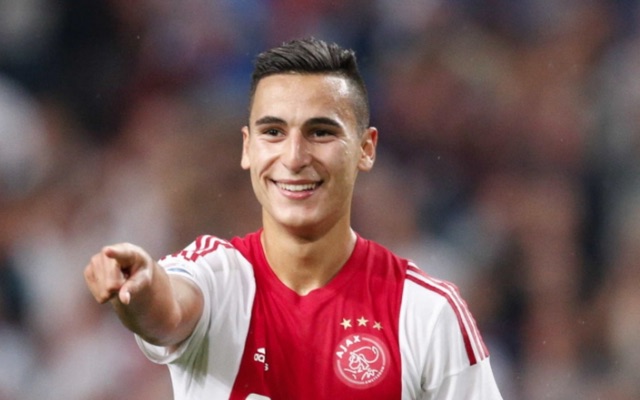