Liverpool put in the most impressive 90 minute performance of the season last night to claw back a one goal deficit against Villarreal, win 3-1 on aggregate, and progress to the Europa League Final.

It’s fair to say the world was mightily impressed.

No more so than arguably our two best players of the Premier League era: Steven Gerrard and Luis Suarez.

Our former captain posted this on his Instagram page, along with a note of congratulations which read:

‘Top class performance from the lads.’ 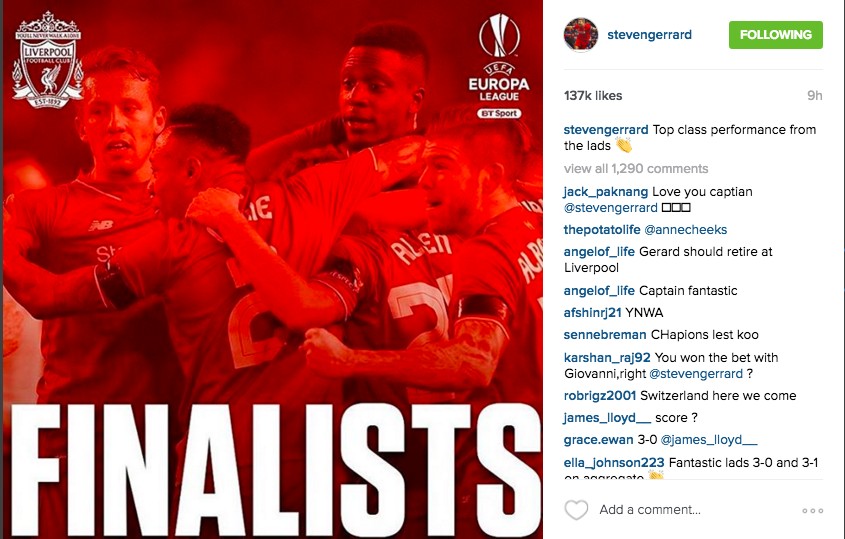 Luis Suarez took to Twitter instead, posting in Spanish and singling out his old friends Coutinho and Martin Skrtel (even though the latter didn’t play) for credit!

Both will be rooting for us now in the final, set to take place May 18th against two time consecutive champions Sevilla – who have an unbelievable pedigree in the competition.