Braga attacker Rafa Silva could be Liverpool bound this summer, with his agent speaking up the possibility of a move.

Portuguese paper A Bola produced a large spread a few weeks back claiming we were already in formal discussions for the Portugal international – and you can see our report on it here.

Now, Sport Witness have approached his agent Antônio Araújo, who claimed he is working on a summer move to the Premier League.

“Our client, Rafa Silva, sees with very good eyes the possibility of playing in the Premier League. We are working towards achieving this objective.”

Liverpool are not mentioned specifically, but if our €20m offer which A Bola claim is to believed, we’re surely one the of the clubs in the running.

The 22-year-old plays on the left, but is more comfortable cutting in and creating on his right – much like Coutinho. His stats this season are similar as well, scoring 12 goals and registering four assists in all competitions this term.

The playmaker, often known simply as Rafa, is technically outstanding and prides himself on his vision and ability to feed attackers with a through-ball.

If our interest is genuine, it might show that our pursuit of Mario Gotze isn’t going to plan, as we surely wouldn’t need Rafa as well as the German World Cup winner, with Adam Lallana and Roberto Firmino already on the books. 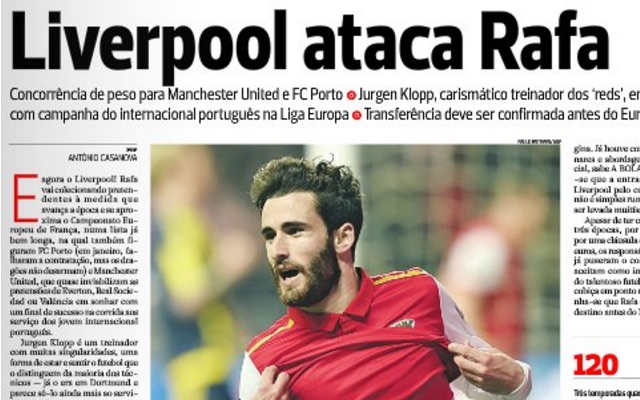