Congratulations to Shamal George, who today signed his first professional contract with Liverpool.

The Wirral born teenager has been with the club since 2009, and you can understand his delight sent out in this Instagram post today.

George is tall, strong and prides himself on his communication skills with the back-four.

We won’t see him in the first-team for some time, but wish him well in his development. 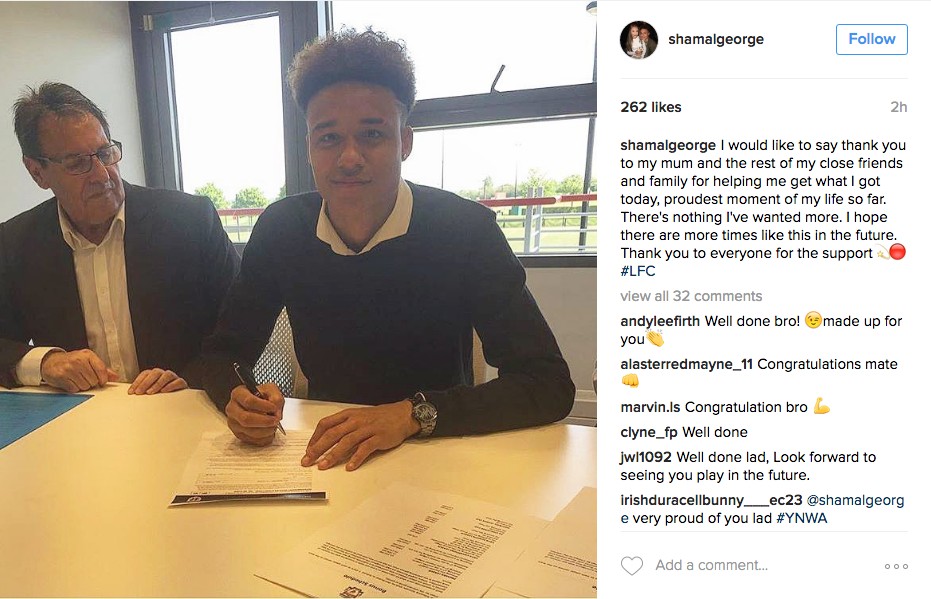 It wasn’t all good news for Liverpool youngsters though, with 20-year-old Dan Cleary released. Like George, he shared his emotions via social media, and should be applauded for thanking the club in this tweet when he must have been feeling pretty abysmal.

Been a tough day saying goodbye to everybody in the club like to say thanks to everyone at @LFC for everything! Time to move on for me ⚽️

The two messages are a harsh reminder of the realities of professional football for youngsters.