Liverpool have only lost one of their last 15 games in which Divock Origi has featured.

He netted in both legs of that incredible Europa League quarter-final win over Dortmund, as well as bagging a brace in the 4-1 thrashing of Stoke, and was also on target in the 4-0 hammering of Everton.

Quite simply, Origi seemed unstoppable, before an ankle injury did what his opponents could not.

So it is no surprise that, with 43% of a fan vote, Origi has won the Standard Chartered Player of the Month award for April. 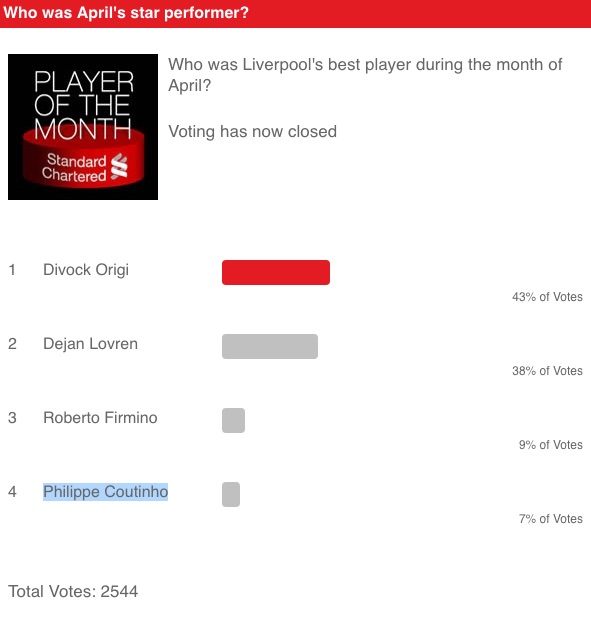 With just two wins in four since Origi was stretchered off in the Merseyside Derby, all Reds would love to have him back for next week’s Europa League final against Sevilla.

That wish might come true, because he told the club’s official website yesterday: “I’m ahead of schedule, so there’s still a chance for the final.”