It’s Europa League Final day today, and two departing Liverpool players have used it as an opportunity to thank fans for our continued support and wish their team-mates luck for the game in Basel.

Jose Enrique has been released following five years at the club, and despite turning into a joke figure during the past two seasons for his behaviour on social media, it’s important to remember that under Kenny Dalglish, he actually did very well when fit.

Steven Caulker’s spell has been threadbare; starting just one game and featuring off the bench (usually as a striker!) on a couple more occasions. At least he’ll be able to tell his grandkids he played for Liverpool.

We wish the pair very well in the future, and hope they find a club where they can flourish.

Once a Red, always a Red. (Unless you become a Manc afterwards.) 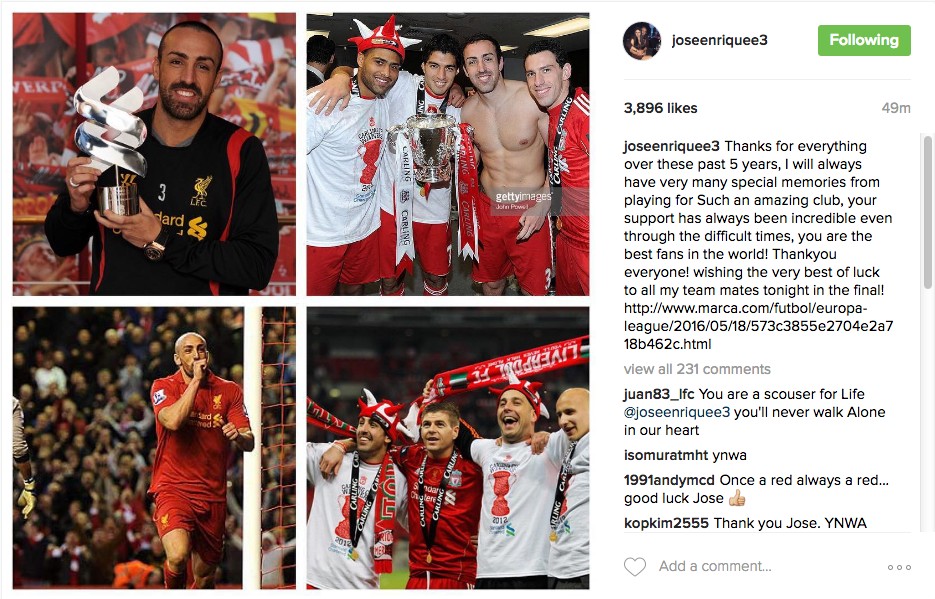 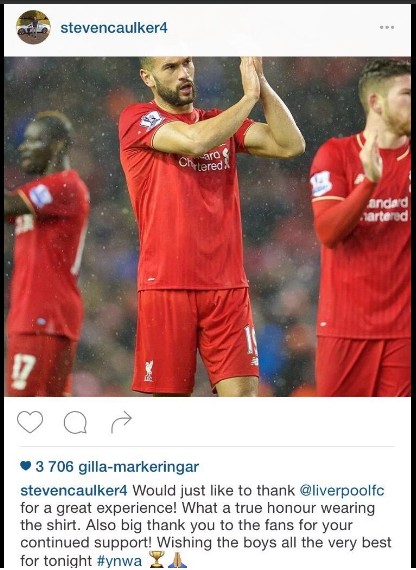