Liverpool have already snapped up the hopefully excellent Joel Matip on a Bosman free, but with Kolo Toure set for release, Martin Skrtel likely to sign elsewhere and Mamadou Sakho’s impending suspension – we likely need one more centre-back before the start of the season.

Here, we label five possibilities. Any take you fancy…?

InAddedTime claim that Liverpool are monitoring Germany’s 20-year-old international Tah ahead of a summer offer. The imposing centre-back performed superbly for Leverkusen in 2015/16 and is heading to the Euros in Joachim Loew’s squad as a result, which will no doubt add some millions to his price-tag. Tah is an old-school, physically exceptional defender. His bravery and power belies his age, although passing is not yet a strength.

Another young German, Sule is actually the more highly rated prospect for the future, despite the fact he hasn’t represented the full national side yet. He stands at 6 ft. 5′ and according to the Daily Mail, is admired by Jurgen Klopp. Sule’s only 20 as well, and starts for the Under-21 national side. His strengths are aerial and his composure on the ball, although he does lack pace.

Perhaps an uninspiring option, but Liverpool have already used the Bosman market to sign one Cameroonian centre-back, and there’s another very decent one available. N’Koulou is out of contract with Marseille, and at 26, is approaching his peak defensive years. He’s a ball playing defender and if our primary targets prove unavailable, he wouldn’t be the worst option.

A Klopp favourite, is Subotic. Our manager brought him to Dortmund in 2008 from Mainz, where he saw him as a teenager, and made the Serb a crucial part of his Bundesliga title winning sides. Since Klopp’s exit, Subotic has fallen down the pecking order, with Thomas Tuchel preferring Sokratis and Mathias Ginter alongside the now departed Mats Hummels. Subotic is still only 27 though, and would have plenty of time to re-find his best form. German outlet Revier Sport claimed at the of April that the defender could reunite with Klopp once more.

Most recently linked to Arsenal (via Mirror), there’s no reason we couldn’t persuade the talented Moroccan to sign for Liverpool. With Hummels signing for Bayern Munich, he’ll surely become available, falling way down their central defensive pecking order. Benatia is superb with the ball at his feet and can start attacks from deep thanks to his passing ability. This one’s pure hope on our part, as there’s been no media links as of yet – but a potential transfer certainly makes sense. 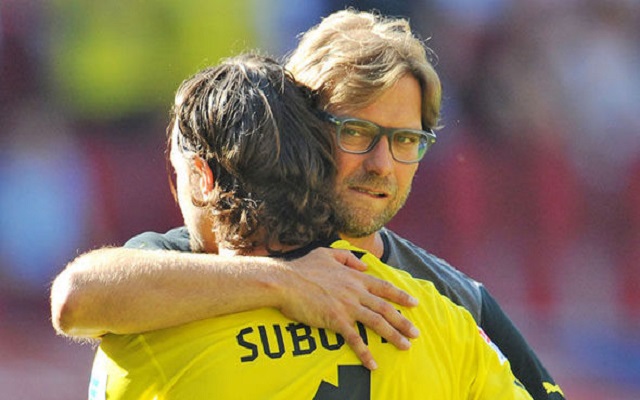