A study by Scottish Friendly has revealed the cost of Premier League goalkeepers per save they make in top flight domestic wages, based on their weekly wage.

‘World’s best’ David De Gea costs an extraordinary £125,301 per save, compared to Watford’s Huerelho Gomes – who pockets a measly £6,142 every time he keeps the ball out of the back of the net for Watford.

Simon Mignolet ranks 17th out of the 27 keepers who featured last season in terms of value for money – costing Liverpool £32,958 per save.

Ironically, it’s not the saves that cost us – but the times he fails to make them!

Next term, the Belgian will have to compete with Loris Karius for the no.1 jersey. The young German stopper has signed from Mainz for £4.7m, and will fight Mignolet for the spot between Liverpool’s sticks.

For too long, Mignolet has had the likes of Brad Jones and Adam Bogdan backing him up from the bench, meaning his starting spot has been virtually unchallenged.

If Karius’s presence pushes Mignolet to improve, or Karius comes in and relegates Mignolet to the bench – it’s a win-win situation.

Check out this interesting table below: 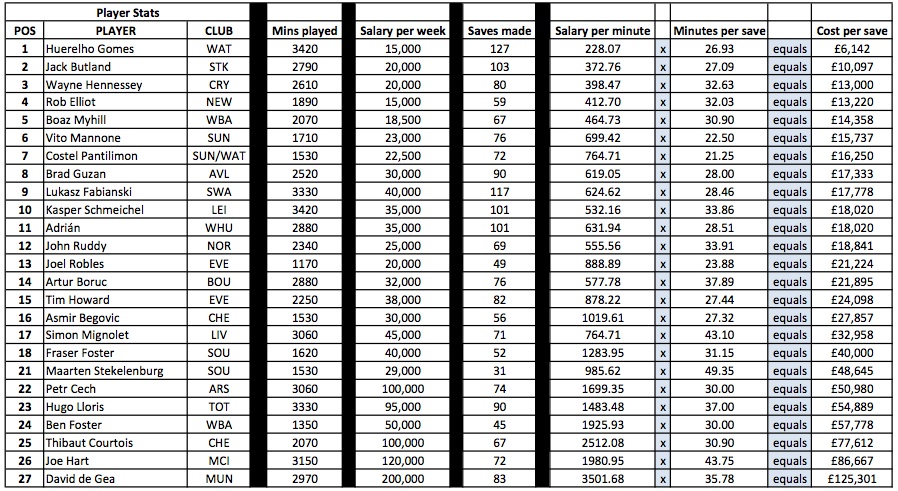