West Murcia Police have said that a 50-year-old man has been arrested under Section 4a of the Public Order Act after he was reported for wearing a t-shirt printed with offensive comments relating to the Hillsborough disaster.

Read the police statement in full below. 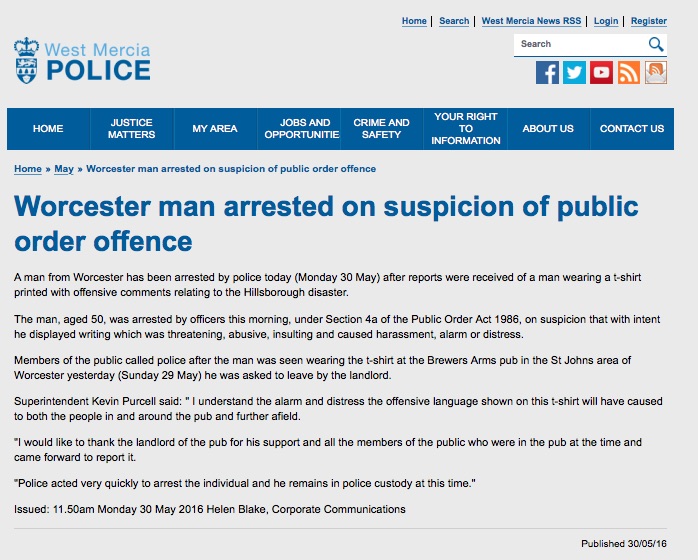 Not much more can be said at this time because of the legal consequences, but it is great to see that both the public and the police have united against this vile behaviour and taken the matter seriously.

Ninety-six Liverpool supporters went to a football match and never came home to their families, through no fault of their own. For that to be the source of anybody’s amusement is absolutely sickening.

SEE MORE:
Five weirdest Liverpool transfers of the Premier League era; ageing Danish flop features
How Klopp persuaded Karius to sign for Liverpool excellently explained
Sakho cleared to play at Euro 2016 and to start next season for Liverpool; lawyers get him off the hook