The rush to get Anfield ready for the start of the new season is in full swing; we’ve already seen the old roof and seats removed.

Now, the club have revealed the designs for the new shop and stadium entrance.

The shop will reportedly be two and a half times larger that the existing offering that’s built into The Kop. The store will be split over two floors and will include a cafe on the upper deck.

Immediately behind the shop, a new fanzone will be constructed that’ll hold events, competitions, and other fan activities on match days. (via Echo)

The architect behind the plans said the store would become the main way into the ground:

“The layout of the proposed club store is driven by the aspiration to deliver a ‘gateway’ building that sits at the principal entry to the stadium, provides an active frontage to Walton Breck Road, add definition to the adjacent Fanzone, and animates the route to the stadium turnstiles.”

The plans also include a “green route” that will lead fans out on the ground and into Stanley Park.

Check out the pictures below: 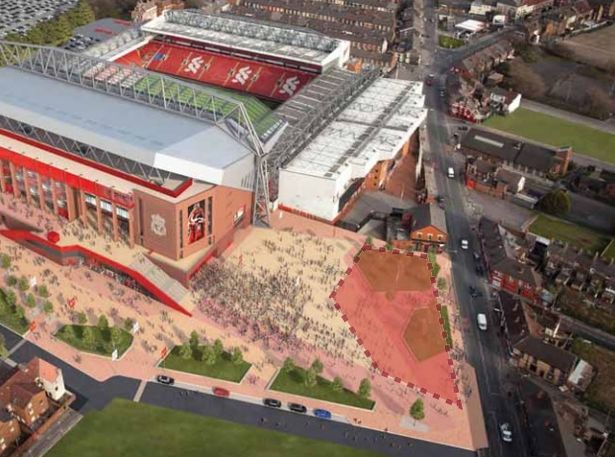 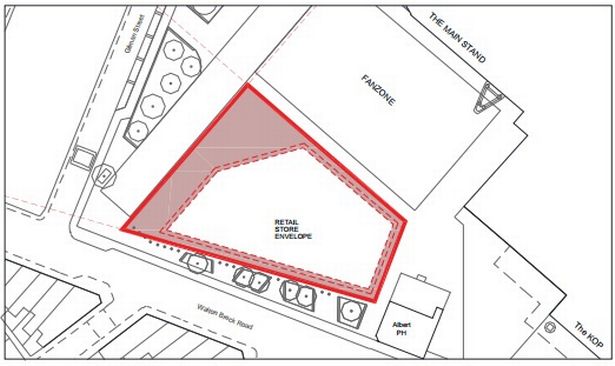