Joe Allen has rejected Brendan Rodgers’ nickname for him in favour of one he picked up this season!

When the diminutive midfielder signed in 2012, our former manager infamously dubbed him ‘The Welsh Xavi’ – and following a slow start – the moniker has been used as a stick to beat him ever since.

This term though the 26-year-old grew out his hair and began to don a beard – imitating Italian legend Andrea Pirlo – one of the greatest midfielders of the modern generation.

As a result, ‘The Welsh Xavi’ became ‘The Welsh Pirlo’, as fans begun to warm to Allen, whose form has improved tenfold since the arrival of Jurgen Klopp.

“I don’t think I’m really either,” Allen awkwardly told Vauxhall’s Q & A. “But I prefer the Pirlo shout!”

The former Swansea player hasn’t signed a new deal with Liverpool, and there’s doubts about whether he’ll remain at Anfield with Marko Grujic already signing in central midfield.

Either way, he’ll be fondly thought of by Liverpool fans for the way he turned his career around and never kicked up a fuss – in or our of the team. We hope he enjoys a great Euro 2016 with Wales as well.

Is he the Welsh Xavi or the Welsh @Pirlo_official?@FA Wales’ Joe Allen finally ANSWERS the question! ⚽#GetIN https://t.co/S2ajZnUBgB 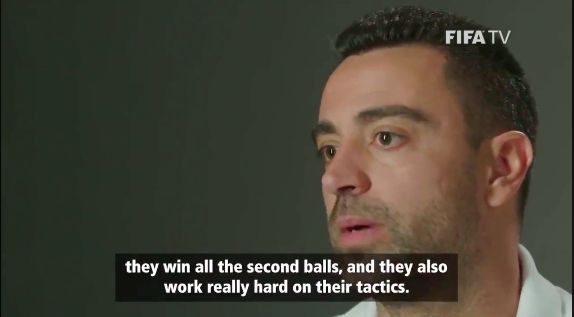