Liverpool have so far signed Marko Grujic, Joel Matip and young goalkeeper Loris Karius for the new season, but many fans have been moaning about a perceived lack of activity in the market – when both our Manchester rivals and Arsenal have already started splashing the cash.

United have spent £30m on defender Eric Bailly, City have snapped up Ilkay Gundogan (how we would have liked him…) and Arsenal have bought Granit Xhaka and had a bid accepted for Jamie Vardy.

But the BBC’s Liverpool correspondent Ben Smith has urged supporters to be patient, because Jurgen Klopp and his staff are away on holiday and will sort out the transfer situation when they get back!

A fan asked him on Twitter why no proper news had been broken by the respected journalists, and Smith urged us to wait.

@BSmith Yes. It was a very poor attempt at a joke because none of the journalists have reported anything for weeks

We know Klopp’s holiday in America currently, as he was snapped watching Argentina v Chile at the Copa America – which sent supporters into overdrive after an assumption was made that he was there to watch target Gonzalo Higuain.

This proved nonsense, and in fact the only definitive targets we’ve had confirmed by reputable sources are left-back Ben Chilwell, midfielder Mahmoud Dahoud and Mario Gotze – who turned us down to stay with Bayern.

It’s going to be a waiting game, unfortunately – and it doesn’t look like blockbuster signings will be made before the Euros.

In fact, our short-term aim should be keeping the vultures away from Coutinho, with the Brazilian magician being ruthlessly tapped up left, right and centre in Brazil. 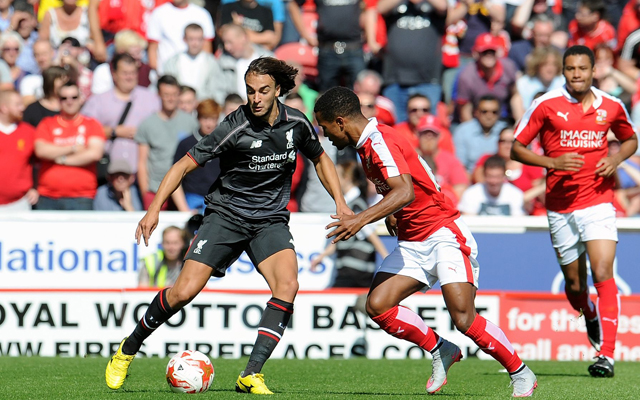