Both ourselves and rivals Arsenal are chasing Sporting Lisbon’s 27-year-old forward Islam Slimani.

That’s according to Portuguese outlet Noticiaos Minutos, who claim that the English giants have had €25m bids for the Algerian striker rebuffed, with Sporting holding out for €30m – Slimani’s release clause.

The forward lit up the Portuguese league last year, scoring 31 goals in all competitions and announcing his name properly to Europe’s biggest clubs. It was the first time Slimani had reached 20 in a single season, with his previous best being just 15 the campaign previous.

His enormous improvement has not gone unnoticed though, with Premier League champions Leicester and Serie A side Lazio also monitoring the forward’s situation.

Slimani is tall at 6 ft. 2′, but is quick and possesses good feet – much like Divock Origi – the young Belgian already on our books.

The Algerian, who has 23 goals for his country since 2012, is talented – but Liverpool don’t need a new centre-forward and we find this report hard to believe. Until there’s news from the respected Merseyside journalists, we’ll have to assume this one isn’t happening. With Daniel Sturridge, Danny Ings, Origi and Christian Benteke still on the books, our transfer priorities remain elsewhere. 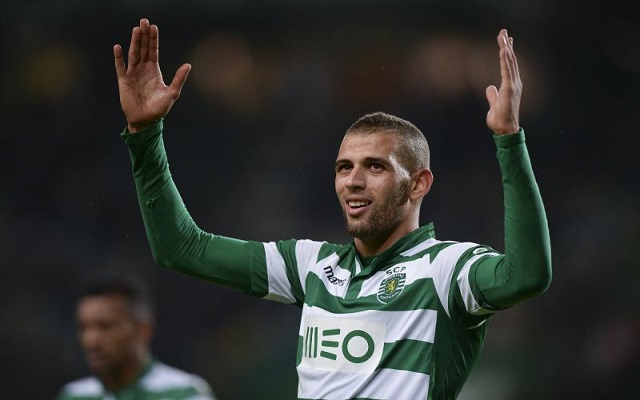 Liverpool target expected to leave Portuguese club, according to reports