Nuri Sahin has been speaking about our manager, Jurgen Klopp.

Sahin famously played for Klopp at Dortmund. He joined the club as a youth in 2005 and made 135 league appearances for the side. He left the Germans for Real Madrid at the start of the 2011 season when he was one of the hottest prospects in Europe, but his move to the Spanish capital failed.

He then had a poor loan spell with us, but is now back at Dortmund.

He says he is not surprised by the impact Klopp has made.

“Am I impressed? Yes,” Sahin said. “But I am certainly not surprised.” (via ESPN)

He then appeared to rule out a move away from Dortmund this summer.

“I’m happy that I am healthy again. I will finish the Euros, and then my focus will be fully on Dortmund. I’m fit and I hope I can have a good preseason.” 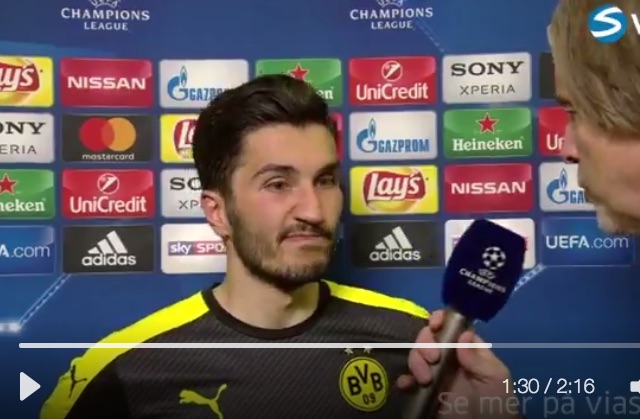