Jamie Carragher ripped into former Sky Sports punditry partner Gary Neville on Instagram this past Wednesday, with a photo of himself and the Queen accompanied by a caption mocking the former Manchester United man.

The caption reads: “Of course one watches MNF Jamie, it’s much better without that man from Manchester!” 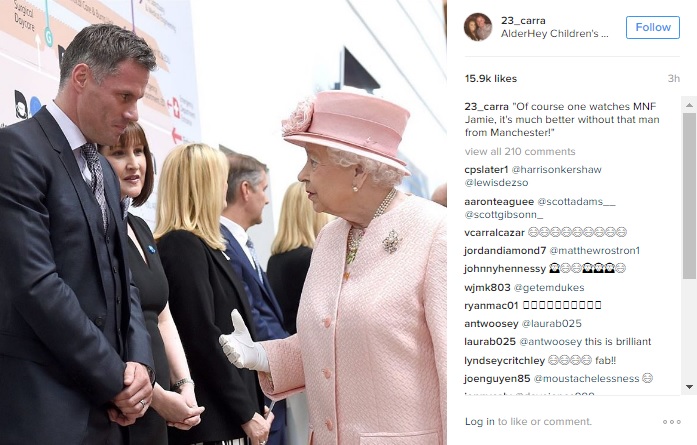 As a Red Devil through and through, Neville has a real hatred for Liverpool. His hatred is returned in kind, and even if we can appreciate his work as a pundit, he’s despised by plenty of Reds.

Despite that though, you can’t argue that when combined with Carragher they form arguably the best punditry pair we’ve ever had, with their post-match analysis unrivaled.

Neville looks determined to forge a career as a manager, but from what we’ve seen he’d be better off sticking to punditry; not sure if the Queen agrees though.