Adam Lallana looks as though he may have picked up an injury during the build-up for England’s last 16 clash with Iceland in the Euro 2016 Championships, with the Liverpool man sporting a not-so-fashionable ice pack on his ankle.

Despite some criticism for a number of missed chances, Lallana has been one of the standout performers for England so far. The Three Lions have unquestionably been underperforming somewhat – it’s impossible to say otherwise after they lost out on first place to Wales – but that certainly hasn’t been down to Lallana.

The former Southampton man’s injury may not necessarily be too serious, as we have no actual information on it yet, but appearances definitely suggest he’ll miss Monday’s game against Iceland.

Check out the images below: 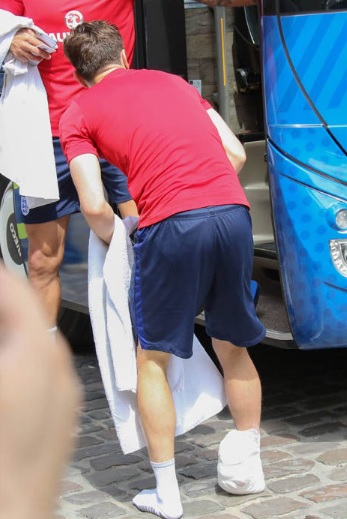 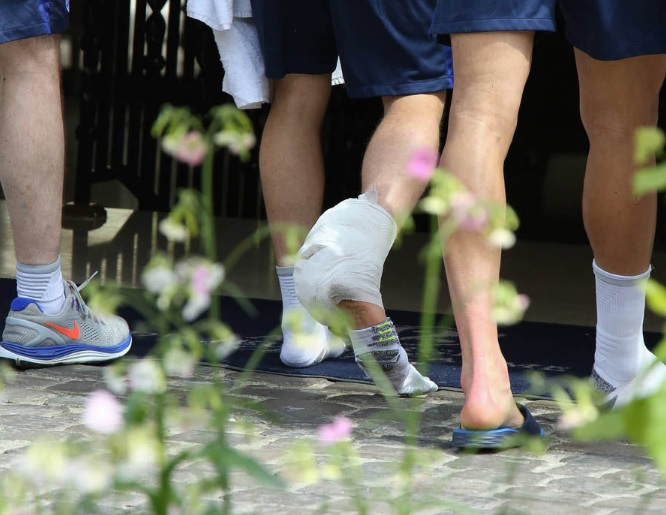 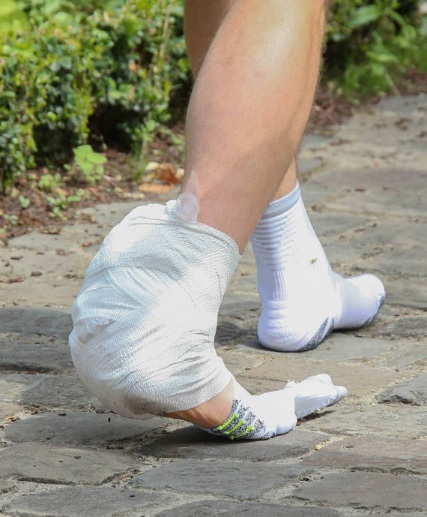 It’s entirely possible that this is nothing more than a precaution, and perhaps Lallana has simply picked up a minor injury during training. Until we get some confirmation from the player or the manager though we’re likely to assume the worst.

It would be a huge blow if England were to be without Lallana for the next game – or even worse, the rest of the tournament – as he’s a key member of the team. The fact that Roy Hodgson has so few options out wide would make it all the more problematic, with Raheem Sterling the only other real natural wide-man. Hodgson may have to look more towards a 4-4-2 over the next couple of games, as he has a plethora of strikers. The injury doesn’t look serious enough to warrant any concern over Lallana’s long-term fitness, so fingers crossed this doesn’t impact the start of his season.