Liverpool appear to be closing in on the signing of Southampton star Sadio Mane, with Sky Sports reporting that we are in talks with our feeder club over a possible £30m deal.

Jurgen Klopp is said to see the Senegalese forward as the perfect signing to boost our attack for next season. He has scored 25 goals and supplied 14 assists in 75 games for the Saints.

Mane is a versatile player and it remains to be seen where he would fit in under Klopp. But we at Empire of the Kop are pretty excited about this one, so have come up with four ideas of our own!

1. To start with, let’s clarify a few things. Simon Mignolet in goal could easily be new signing Loris Karius. The central defensive partnership is how it is because of the uncertainty over Mamadou Sakho, and Jon Flanagan is in at left-back because he is the best option currently at our disposal! 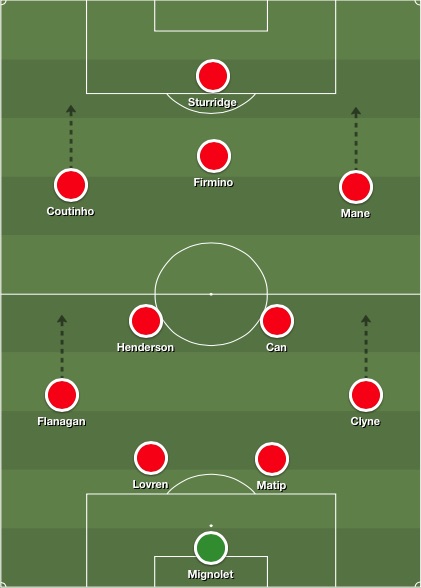 Now, onto Mane, who can play in several positions but is most adept on the right wing. This formation would make the most of his pace down the flank, and is packed full of attacking talent. With Philippe Coutinho, Roberto Firmino and Daniel Sturridge also in the front four, we would be almost irresistible going forward, with the perfect combination of raw pace, creativity and clinical finishing.

2. A slight variation from the above formation would allow Coutinho to play centrally and make the most of his guile, with Adam Lallana getting a chance in the spot he has made his own for England. 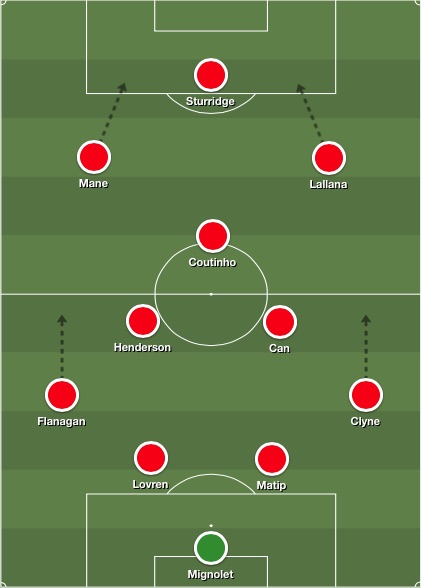 Mane’s role here would change from a winger to an inside forward, and he would be encouraged to drift inside, run at defenders and get into the box at every opportunity. He would be more effective here with a natural left-back to make runs down the outside. Hopefully one will follow Mane through the door!

3. We have to accept that there are probably going to be times when we are without Daniel Sturridge. With Divock Origi on the rise and Mane coming in, we have the pace and goals to cope in his absence. 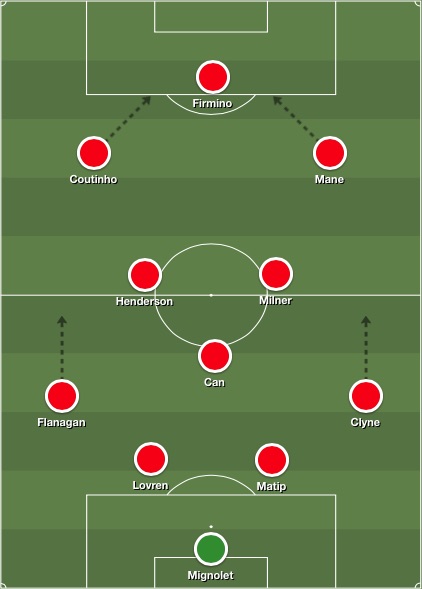 And, when the England forward is not injured, Klopp might choose tactically not to use him for certain games, where industry is valued above quality alone. Here, Firmino fills in for Sturridge as the No.9, which he did excellently when he first established himself in the side last season. Mane and Coutinho provide the support from the flanks, and an extra midfielder is brought into the centre of the park.

4. I cannot image that this will ever be a formation that you will see Klopp using from the start of games, but it is a system that he could turn to when we are chasing matches from the bench in the second half. 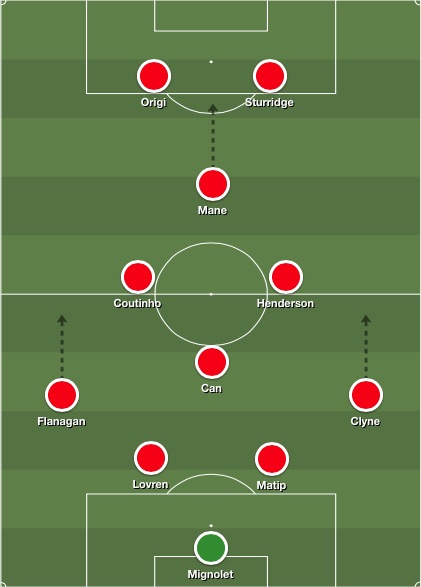 We do need to find a way of playing Sturridge and Origi alongside each other, and a diamond formation seems the best bet. In this system, Mane could easily be Firmino or Lallana, but the pace that this front three possesses would push defences back so deep we could easily build pressure. And then…bang!

(Video) “He likes it, actually!” – Jurgen Klopp lauds Fabinho, who is happy in new position