Judging on this evidence, Liverpool midfielder Adam Lallana seems to be winning his race against time to be fit for England’s Euro 2016 showdown with Iceland.

Having been pictured with a heavily strapped ankle on Friday, the 28-year-old took what looks to be a full part in training today, prior to tomorrow’s last-16 clash. 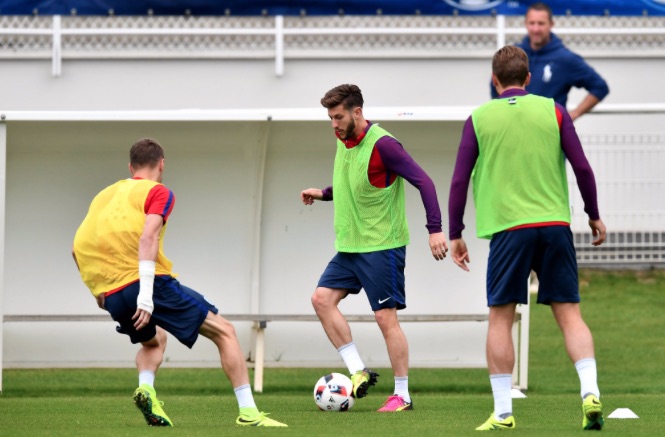 And this is good news for Liverpool too, as there appears to be no lasting damage.

According to the Daily Mail, the Reds playmaker is in line to pip Leicester City hero Jamie Vardy to a spot on England’s left-wing for the encounter with the minnows.

Lallana started all three of England’s Group B games and was widely considered to be one of the Three Lions’ best players in the draw with Russia and victory over Wales.