We’ve spent most of this summer suggesting that while Martin Skrtel should leave Liverpool, he should be congratulated for his eight years of loyal service – and not vilified for his performances last season.

Now, we’re not too sure.

A friend of the defender shared this image on Instagram, and the comments between our centre-back and his pal have been translated for us. 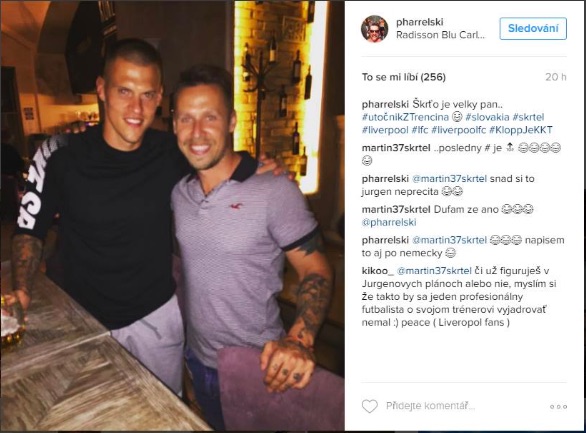 Unbelievably, Skrtel responds: “Hope he does!”

Why Skrtel thought a footballer playing for a club like Liverpool could get away with something like this on social media is beyond our understanding.

In spite of some turmoil in the dressing room, Liverpool are once again having a great season so far. According to the latest odds offered by new betting sites in UK, the Reds are the strongest candidates to win the Premier League title. Should the team be able to add to our silverware this season, then Klopp would definitely have the last laugh in this dispute with this former player.

Obviously the 31-year-old is disappointed and bitter to have fallen down the manager’s pecking order, but to speak about Klopp like this publicly…? Completely out of order.

Thankfully, it looks like Skrtel’s deal to Fenerbahce will be wrapped up this week, and we won’t have to see his criminal brand of defending plague our backline again.