As England slumped to an ignominious and totally shocking defeat against minnows Iceland, there was one player on the sidelines totally helpless to do anything to prevent his team from humiliation. One player whose experience and reliability would have been pivotal in an encounter where England were totally devoid of ideas and inspiration. One player who could actually cross a ball. That player is of course a certain James Milner. Milner could only watch from the bench as England manager Roy Hodgson threw on inferior players like Jack Wilshere in blind hope. Milner would almost certainly have provided more than the Arsenal man would have. But because of Wilshere’s more flamboyant reputation, Hodgson picked him over the Liverpool number 7. 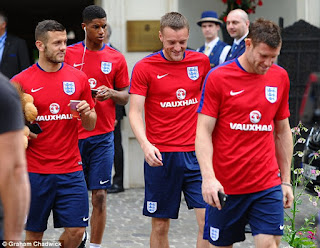 Back to Liverpool matters, if I were to be brutally honest, I was never a big fan of James Milner and was not particularly enthused when I heard Liverpool were going to be signing him. My discontent turned to shock when I found out that then manager Brendan Rodgers had appointed Milner vice-captain without him even kicking a ball in the famous Red shirt. I had bought into his reputation, like Hodgson did,  of an “unskilled workhorse” only fit to play a supporting role.  But over the course of this season, I have grown to admire Milner as a player and professional. With his straightforward, no-nonsense nature and sheer endurance, Milner was a mainstay in the Liverpool team last year and deservedly so.

However, there are a lot of people like Hodgson that believe that Milner is not “fashionable” enough to play for such a big club like Liverpool or indeed England. With Sadio Mane coming in and Jordan Henderson coming back to full fitness, many fans think Milner will be relegated to the role of a squad player. As I was scouring through fan forums looking for prospective lineups, I was surprised to see how few of them had Milner in them. Milner will always be the neglected one but in this article, I want to point out as to why I think Milner will still play a vital part for Jurgen Klopps’ Reds team next season. 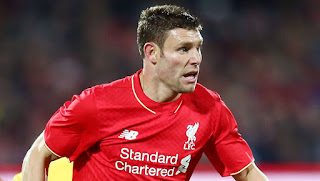 Firstly, emphasis must be placed on the fact that with Kolo Toure’s departure, Milner is the only person in the team with experience of winning something due to his stint with Manchester City. In a team which has been described as “bottlers” numerous times in the past, Milner is the only player who has “been there” and “done that”. With Lucas Leiva and Martin Skrtel on the periphery of the Reds squad, Milner serves as the most experienced head. As Klopp looks to build his new empire at Liverpool, a player of Milner’s pedigree is vital. Even at Dortmund, though Klopp’s team consisted of young and relatively unknown players, he still had the experience of players like Roman Weidenfeller to fall back on.

Secondly, it is Milner’s calmness under pressure that makes him such a valuable asset. The most cogent example for this is his assist for Dejan Lovren’s winner in the thrilling 4-3 win against Borussia Dortmund. With the clock ticking down, Milner had the ball on the line and had to get it right. He could have easily panicked and fluffed his lines but his cross was inch perfect for Lovren who did the rest. If any other Liverpool was faced with the same situation, the chance would 99% have gone to waste. Milner had the composure to take his time and pick out the right option when many others would not have. 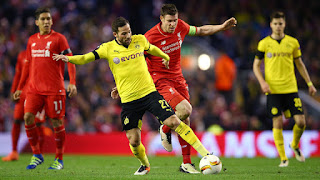 It is this composure that has made Milner a very important creative asset and perhaps Liverpool’s most important asset last season. Compare him with Adam Lallana, a player in the same team, for example. There is no doubt that Lallana is more skilful and technically adept as opposed to Milner but the fact remains that Milner finished with more goals and assists in fewer games than Lallana. Milner managed a total of 16 goals/assists in the league last year as opposed to Lallana who could manage 10. As the stats show, Milner might not be fashionable but there’s no doubting he gets the job done and better than those that are supposedly technically superior to him.

Milner is also a master of an increasingly obsolete art which is that of the cross. Many of Milner’s 14 assists last season came as a result of crosses. Even though the times of Rafa Benitez have been long gone, Milner has shown us that crossing can be an important weapon of any arsenal. How many times have we seen Liverpool players get into good positions only for the final ball to go astray. Liverpool had one of the worst chance conversion rates last season but Milner always served as a constant outlet. As England were hopelessly and aimlessly lumping balls into the box against Iceland, they neglected their best crosser to the sidelines. Here’s hoping Liverpool do not do the same. 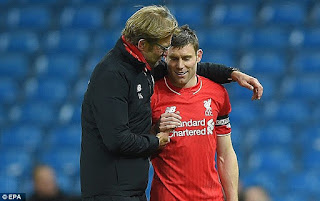 When Jurgen Klopp came to Liverpool, he called Milner the “perfect footballer” and while obviously that is a bit of an exaggeration, Klopp’s sentiment holds merit. Milner is the kind of player who you appreciate only when he is not playing. Though Liverpool are being linked with more fashionable names day in, day out, there is no doubt in my mind that when push comes to shove, James Milner will play a vital part in the success of this Liverpool team.