Mario Balotelli has rather ridiculously suggested that he still believes he will win the Ballon d’Or, claiming that so far he’s only been playing at half his potential, as reported by Italian outlet Corriere Della Sera.

Although he seems unlikely to ever play for Liverpool again, he’s still technically our player. You’d expect Jurgen Klopp to be looking for a way to offload him this summer, but Balotelli clearly still thinks he’s got what it takes to be the best in the world.

The controversial Italian offered next to nothing during his time at the club, and admits that he hasn’t been performing as well as he should have been. He claims he’s been settling for what he’s got rather than pushing to improve, but plans to change that in the future.

“In my view there weren’t enough [expectation on me at Liverpool], as I can do so much more than what I said. But it takes time,” he said.

“I do realise that I’ve spent two years of my career when I could’ve been getting closer to 10 and instead stayed at five. I know, the Ballon d’Or might seem laughable and I might not have done everything to be the best, but the important thing is I realised it’s not too late.

“I don’t want to reach the end of my career with the regret of not doing everything I can to be the best. Up until two years ago I made do with what I had. I did well, knew I could play, so I was happy. It wasn’t in my mind to improve, as I thought that was enough.

“Over the last two years I started working seriously, yet the results did not arrive. Maybe I am paying the price for the previous 23 years. I am relaxed, though, as I am aware that in the last two years things have changed completely.”

While Ballotelli has unquestionably shown in the past that somewhere deep down there’s a talented player, at this point it seems to be buried very, very deep. He was once among the most promising young strikers around, but now it’s a struggle to even find a club for him.

If he thinks he’s still got what it takes to be the world’s best then good for him, but it’s hard for us to see it happening really. He’s really fallen from grace over the last few years, and he may well have irreparably damaged his career.

His suggestion that he wasn’t given enough time at Liverpool to realise his potential is farcical, as he was given ample chances throughout the season to show even a glimpse of the talent he has. We wish him good luck in his pursuit of the Ballon d’Or, but it seems unlikely to be achieved at Liverpool. 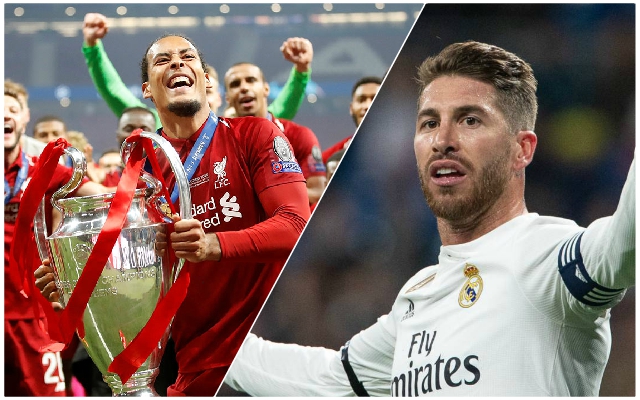 “It would have been right”: Jurgen Klopp thinks Virgil van Dijk should have won the Ballon d’Or